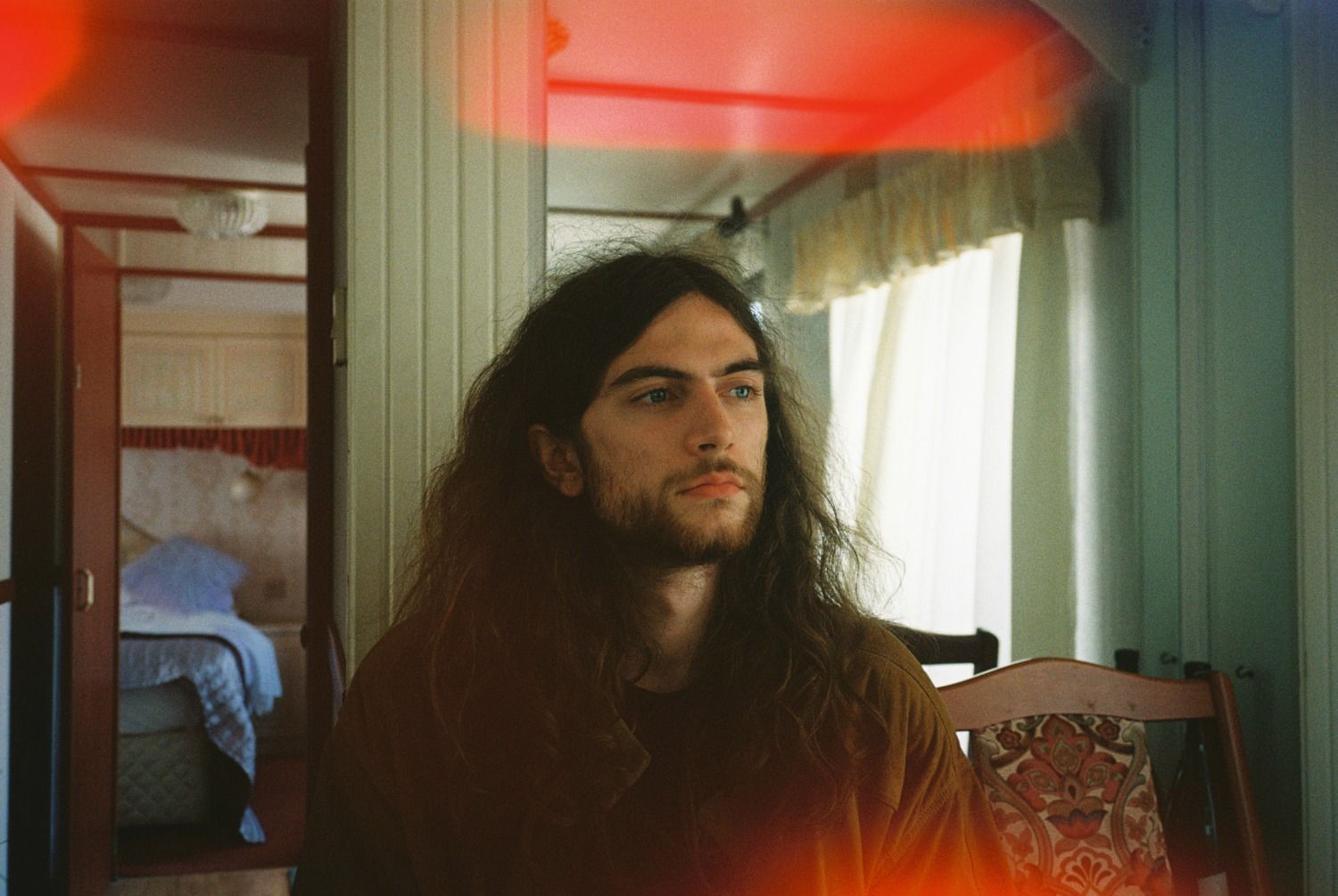 The Limerick city artist Martian Subculture quietly released one of the best Irish records of the year so far a few weeks ago. The debut album Bank Prologue features 10-tracks of bedroom-produced lo-fi psych-rock music that recalls Washed Out the Chillwave era along with psych acts like Unknown Mortal Orchestra.

Bank Prologue is deserving of more ears, and to mark its release on New York City independent label 22TWENTY, the artist himself, twenty-something artist Evan shares a track-by-track for the album, which as he reveals some of which dates back to his teenage years.

“Ultimately, the album is an experience of a city on an alien planet, which to the potential listener, highlights my experience of feeling alien on our own planet, as a human/artist/being.”

This track was meant to be an album opener since its conception. The city sounds that intro the song illustrate that all this album takes place in a city, and the sci-fi machinery/engine sounds add to that overall feeling that it isn’t set now, but in the future. The song itself is meant to sound almost maniacally happy contrasting the depressive lyrics. One of the lines is ‘Don’t even know who I am; Why doesn’t this song sound sad?’ – which is a state of mind that applies to a lot of people, acting happy and cheerful on the surface when they don’t even know how depressive their thoughts are. It also utilises a technique I love where you have a piece of music or melody being played alongside a half speed version of itself.

Many of my favourite albums have an absolute banger as the second track and I wanted to mimic that. (IGOR, Lonerism, Modal Soul, just to name a few) I feel it’s important to the pacing of an album, to have one ‘intro’ track and then a bop right after. This is the first song I’ve made that is just all synths, apart from some drums and bass.

It feels like the first of a new Martian sound that I’ve been trying to achieve for a while. Especially with the vocals. The pulsing backbone of the track is inspired by French house music (Crydamoure and Roulé record labels) I grew up on and ripped off when I started producing at like 13 or 14 years years old. This song to me just sounds like night time in a taxi, staring out at a busy cyberpunk city. Me and my girlfriend made a sci-fi music video for this one.

A straight up love song, inspired hugely by Lee Scratch Perry, rest in peace. Recorded a year or so before he died. Probably my most bubblegum song yet. CR-78 drum machine and sponge-muted bass bouncing off each other. And all the chords overtop are just shitty Casios I had lying around. This song was also hugely inspired by the Habibi Funk record label which showcases a lot of obscure tracks from Arabic speaking parts of the globe. These Habibi tracks are always recorded so uniquely, not following the recording rules that The Beatles and a few other acts set in the 60s.

This song came about from me finishing one of the keyboard takes from ‘Bumblebees’, and as the song ended, I just kept going, following my instincts to see what would happen. After the fact, I added drums, bass, and some extra Casio. The production was highly inspired by Madlib, J-Dilla and Metal Fingers (R.I.P.), utilising some old school samplers, as I was also making a lot of hip-hop beats at the time on my SP-404, Akai S20 and a 4-Track cassette recorder. Still am really. The track is an intermission in the sense that the whole album is a movie, and this is the breath of fresh air you have standing in an alley way on a city Mars before watching the rest of it.

I wanted to make an almost too poppy pop song with this. If ‘Bumblebees’ is bubblegum, then this is a gobstobber dipped in molten sugar. This is a song I wrote ages ago and have played with the live act many times, and the studio recording is the ultimate version of all of those performances put together. The term itself ‘soda pop’ along with the exclamation point is a reference to the Americanism that really irritates me – but is really striking.

This song is a throwback in ways to the older Martian tracks from when I was 16/17. Simple chorused guitar, distorted bass and clean drum lines. The chords themselves, I’ve had as a voice recording since I was about 15. One of those things you want to save for the perfect time. I have no idea what key the song is in because it just constantly changes up and down chromatically. I emphasised this with the looping lyrics, and the drum fills that always start and end at unexpected points. This song is a spiritual successor to a song I made called ‘Hard To Remember’.

This track doesn’t follow any pop structure. It’s probably the ‘highest budget” sounding track on the album, thanks to Dublin based producer Richey McCourt. I went up to his place a few years back and we recorded the guitars, vocals, and some bass I think for this and made a rough mix with EZ Drummer drum tracks or something like that. I loved how most of the track sounded but I knew it wasn’t 100% there yet. So the album version of this samples sections from this previous mix, and also samples a load of other separate stems I rendered from earlier demos and such. The end product is a collage of loads of musical pieces from different eras. For instance, the drums are sampled directly from ‘Lonely And Free’, a song I put out a while back. Oh yeah and after I mixed it I decided to pitch the whole thing up a semitone, because hey why not.

This one is another quite orchestrated song, the type that lets go of the limitation of playing it with the live band. Similar to the lyrical themes of ‘Bitter’, it deals with a very specific issue in my life where I want to talk to those I love, but can’t seem to work up the extroverted courage to talk to people on the phone. The song revolves around a loop of a 7-part vocal harmony I made on a shitty app on my phone. The context of the chords and melodies throughout the track make the loop sound like it’s changing – I quite like how that effect happens.

A Hallway, But On Mars

Another one that doesn’t follow much of a structure, while also delving into less poppy subject matter. Also a throwback to how earlier Martian tracks sounded, I can always envision the whole 2019 live band playing this song when I listen to it, even though they’ve never heard it.

TO BE CONTINUED IN… ‘BANK STREET’!

Conceptually reveals that this album is a prologue to another thing called ‘BANK STREET’. Not sure myself if it’ll be an album or what. Could be a 3 hour science fiction theatrical epic depending on how my career and budget goes. Whatever it is, it’ll be about this Imperial City on Mars, in the far future. This song has musical motifs and references to tracks on the album, and tracks that are gonna come out in the future. A 6 and a half minute palette cleanser before you listen to the whole album again (because it loops seamlessly hehe).