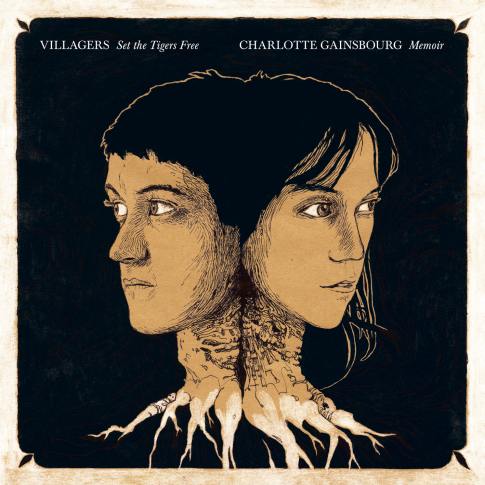 Conor O’ Brien aka Villagers was asked by Charlotte Gainsbourg last autumn to write her a song. Conor obliged and wrote ‘Memoir’ during a U.S. tour. It was recorded a week later by the duo together in Paris. It will get a 7″ release backed by ‘Set The Tigers Free’ (with artwork by Conor) on Saturday for Record Store Day. Stay tuned for a Record Store Day roundup.

Here’s a 90 second preview of the A-side and the B-side in full and watch Conor perform the song for Ceol Ar An Imeall after the you know what.