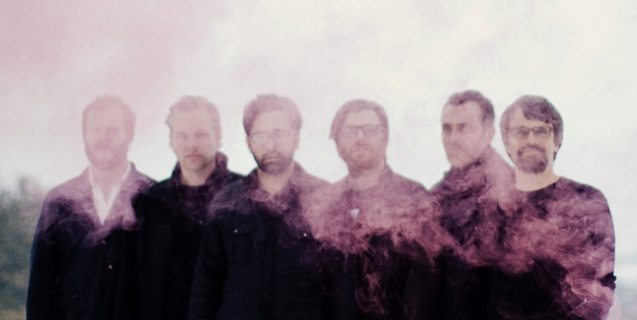 
Justin Vernon may have put Bon Iver on hiatus indefinitely or whatever he’s done with it but he’s not going back to woods. He’s appeared on Yeezus, is producing the new Blind Boys Of Alabama record and here, he regroups with Jon Mueller, Chris Rosenau, Matthew Skemp, Daniel Spack and Thomas Wincek as Volcano Choir for a second album Repave out on JagJaguar on September 2nd.

Those missing Bon Iver will find Volcano Choir’s first song from the album ‘Byegone’, agreeable to their ears. It shares that project’s anthemic quality. The video is by Japanese video artist Michinori Saigo.

Listen to the debut EP from DOGS – Out In Cover