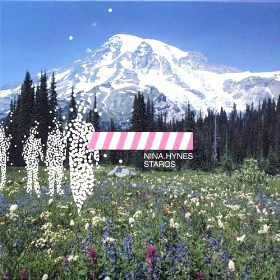 AU Magazine are looking for your favourite Irish albums of the decade and you only have til Monday 23rd November to vote. Compile a list of up to 20 Irish albums ranked in order, North or South that were released since January 1st 2000 and send it to [email protected] .

I’ve yet to finalise my own list but I’m sure it will feature albums like Nina Hynes’ Staros, David Kitt’s The Big Romance, Dry County’s Unexpected Falls, Adebisi Shank’s This is the album of a band called Adebisi Shank, David Holmes’ Bow Down to the Exit Sign, Super Extra Bonus Party’s Night Horses, Mumblin Deaf Ro’s The Herring and the Brine, The Frames’ For the Birds, Jape’s Ritual, Heathers’ Here, Not There, Sarsparilla’s Karahee, Deep Burial’s Black Music , And So I Watch You From Afar’s self-titled debut, Redneck Manifesto’s I Am Brazil, The Vinny Club’s Rocky IV Reckyrd, Fight Like Apes’ debut, Messiah J and the Expert’s From the Word Go, Adrian Crowley’s Season of the Sparks, The Jimmy Cake’s Spectre and Crown and maybe Patrick Kelleher’s You Look Cold.

In fact, I think an Irish albums of the decade podcast or post is in order before November is out.

For now though, witness a song from one of my most cherished Irish albums, Staros by Nina Hynes who has a new project called Sending Letters to Sea. More info here.