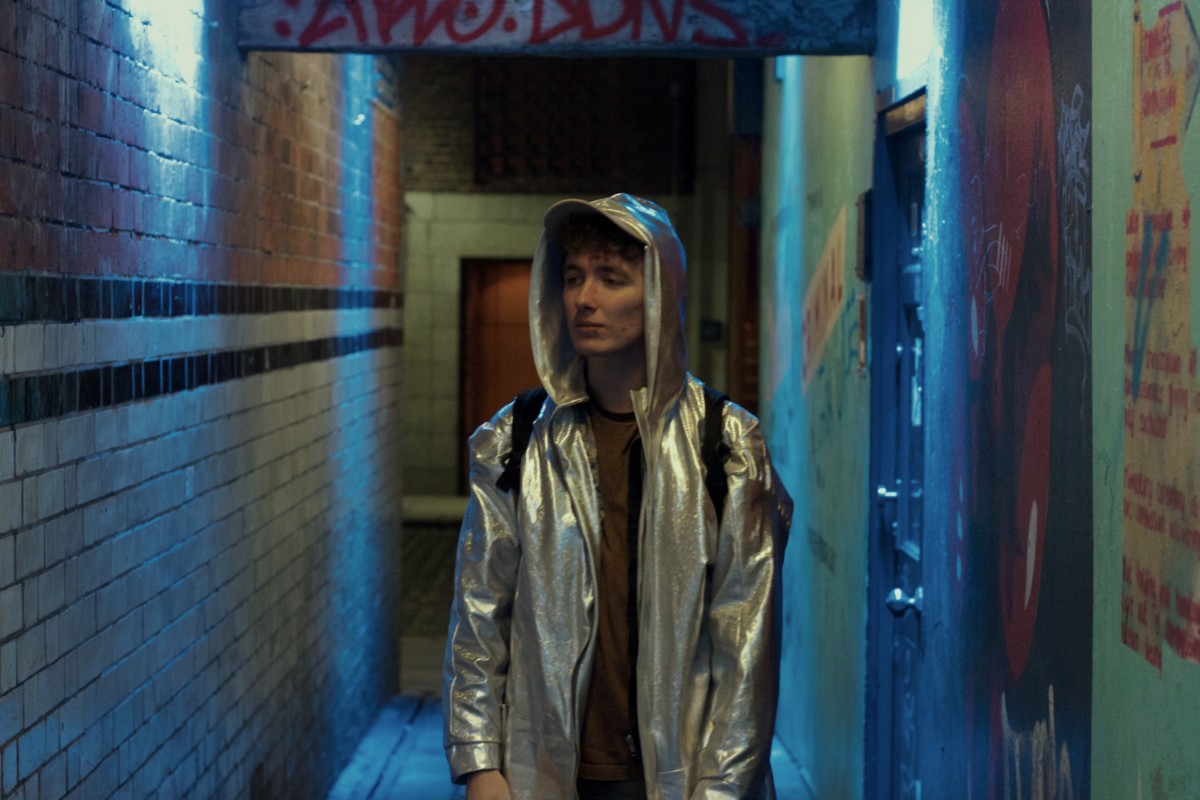 After a jampacked summer of playing festivals Wastefellow is back with his new two-track EP Enfold You, the first release in a year and a half from the native Dublin producer.

Those of you familiar with Diolmhain Ingram Roche’s work and live performances will know that he brings a very colourful and digitally-enhanced representation to his music.

“With the music side of things it’s super insular for me,” Roche says. “I’m in my room for days on my own making music, so to have other people working with me on my live shows and to collaborate with others really adds something more to it.”

The video for lead track ‘Enfold You’, directed and edited by Flann Manning is an example of Wastefellow’s visually creative collaborations, with lighting techniques inspired by the ’60s film Inferno.

“We ended up shooting a lot of the video with a spinning light rig thing that Flann built out of a bike wheel, my housemate had to stand there spinning the wheel while we were shooting, it was pretty MacGyver.”

Both tracks on the new EP originated from the same two bar sample off the track ‘You Gave Me Oh Lord’ by Bitboul, Costa and Yared but Roche developed a life and sound for the tracks on their own over time.

“It isn’t an obvious part of them anymore. It’s been progressively chopped up and obscured with each new version and basically not even a part of ‘Enfold You’ at this stage, but when these tracks started out, it was pretty much their backbone.”

Wastefellow takes inspiration from multiple-genres and he grew up listening to artists such as Nick Cave, The Flaming Lips, Radiohead, Tim Buckley (who was a heavy influence on the current record), and more recent influences like Lapalux and Aphex Twin.

“I don’t think I’d be making the music I’m making or into the music I’m into if it wasn’t for getting into Radiohead when I did. I suppose there’s strands of them in probably everything I’ve done.”

The new EP showcases a more experimental and developing sound for the young artist in comparison to his previous releases such as ‘Wonder’ and ‘Meet Me’.

“I’ve got a lot of new stuff that will be coming out between now and Summer, so Enfold You represents the first step in confidently re-establishing myself as an artist.”