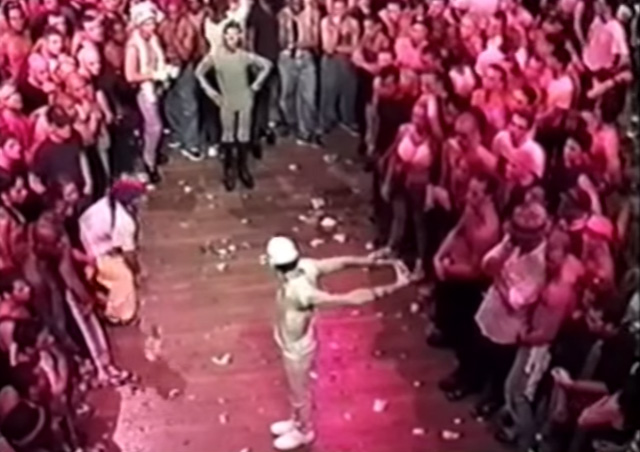 London label Night Slugs and LA-based label Fade To Mind are teaming up to release a 1998 song called ‘Icy Lake’ by Dat Oven which was first brought to their attention by Total Freedom when he stumbled across a Youtube video of the track being played by Junior Vasquez at an NYC house club Palladium.

L-Vis 1990 and director Wills Glasspiegel teamed up with Thump to tell the story of the track in a short documentary, which is a grimey glacial nine-minute house track with a disturbing vocal sample.

The track is out now with remixes from L-Vis 1990, Total Freedom, NA and Rashad (RIP).

Here’s the original video as watched by Freedom: