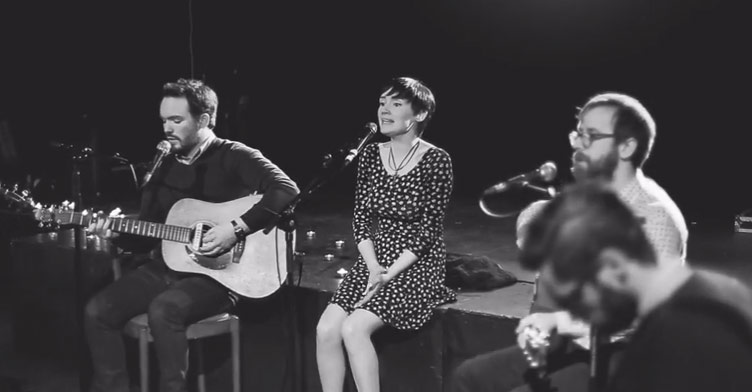 
Hamsandwich returned with new single ‘Illuminate’ to trail the upcoming release of their third as yet unnamed album which was recorded in Windmill Lane Studios with Karl Odlum. The single has been on the radio for two weeks or so but you can hear it over at State.ie.

Above is a special acoustic version of the song shot by Killian Broderick, featuring Sarah Lynch on violin and Niall Cullinane on glockenspiel. The single is out on Friday and can be pre-ordered here. Hamsandwich play Dublin’s Olympia Theatre on Saturday April 19 with support from Swords.