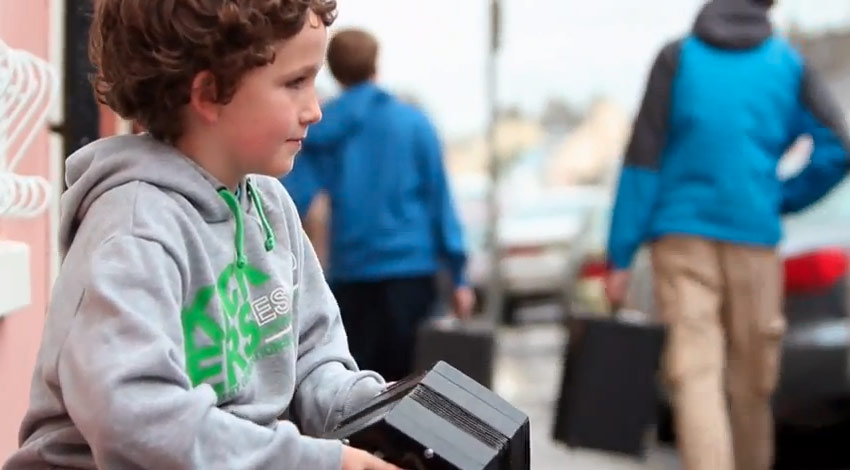 
“Our inspiration for this documentary was a film Tony McMahon made of the Fleadh in Listowel, County Kerry in ’73. It’s a very powerful piece of work and it struck both of us like lightning. It really captures the spirit of the place, the people and the time. There are glorious performances throughout and really critical interviews with some giants of the age. As a Kerryman myself I love the way McMahon’s camera interacts with the many faces of the Fleadh. We see so many of them in his film. It’s a folk festival and the director introduces us to the people, the best a filmaker can do. I think seeing it woke us both up to the importance of trying to highlight the virtues of something really vital that might be get missed and lost in time otherwise. If you can capture the essence of what something stands for at a particular time then it becomes a valuable document just like ‘Listowel 1973’. That’s what took us to Milltown Mallbay.” Donal Dineen