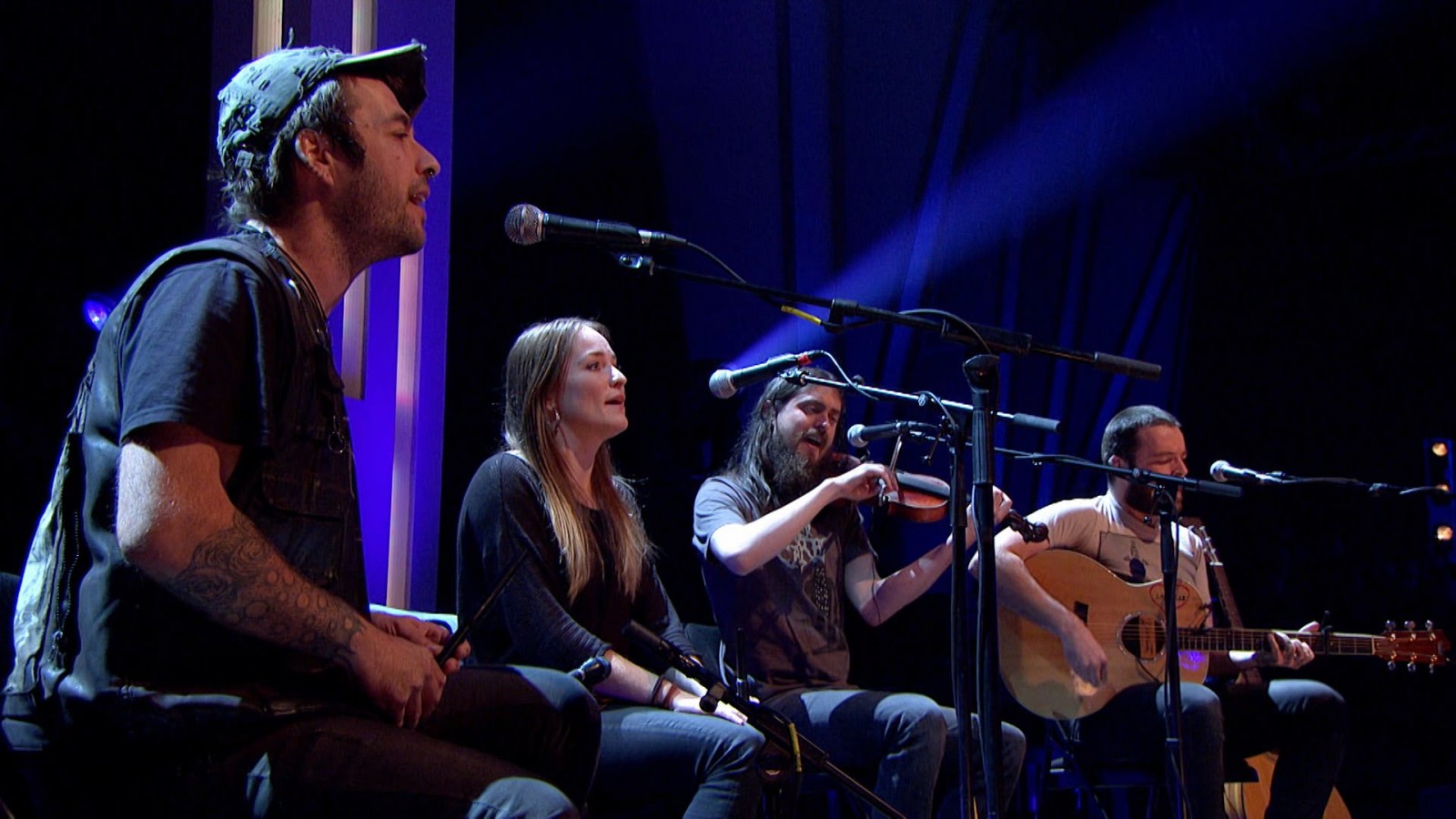 Hear the recorded version of T.P.M.’s ‘All The Boys On The Dole’

TV still has the capacity to surprise musically as it showed famously last year with Future Islands on Letterman. Dublin trad band Lynched aren’t in that category but in their own small way a live appearance for the Planxty-style band was a monumental leap. Little known at home, the “folk miscreants” featured on Later With Jools Holland last night.

Previously, the band were featured on the online TV series The Parlour along with last night’s fellow guests Sleaford Mods as it happens. Was that where the Jools booker saw them? Either way, it’s an indication of the lack of outlets fo the showcasing of live Irish music terrestially (which has improved immensely on air in recent years in a live context, in fairness) that an Irish folk band ended up on UK national TV first. The Parlour’s Barry Lennon argued as much recently in conversation with myself.

And their entire Parlour TV performance:

Hear the recorded version of T.P.M.’s ‘All The Boys On The Dole’