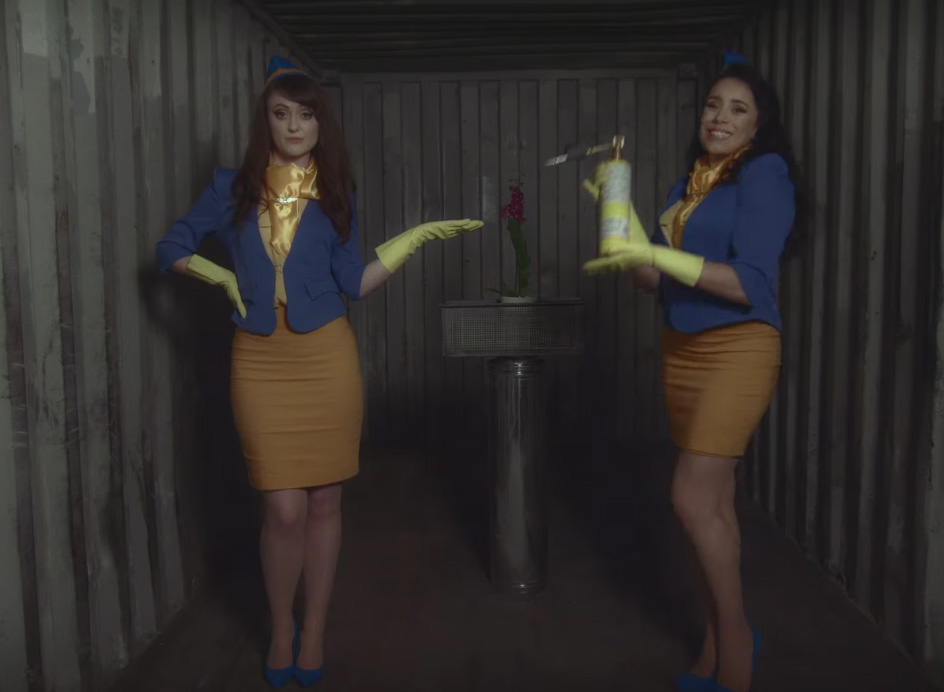 
If you caught Girl Band’s main stage performance at Body&Soul, it was yet another reminder that no-one in Ireland or otherwise is making rock music like this: that pulverises the audience with sonics, that uses a guitar to sound like industrial chains, that switches up rhythms and howls with guttural approval. The only pity was not enough of the festival goers were there on Friday night.

Nevermind, Girl Band may remain a curio to most but they are one of the best bands around right now. ‘In Plastic’ from their debut Holding Hands With Jamie, is the latest song to receive a Bob Gallagher video. – this time around a tense dystopian security check is the backdrop for the song.

“I think I pitched the idea to the band as the fever dream Kafka might have if he ever read 1984. It’s not set in a particular place or period. Some of the references and inspirations are historical and some are quite recent. It’s a mish-mash of influences, and a lot of it was shaped by conversations with the band. The video is obviously totally ridiculous in many ways, but it touches on themes of surveillance, paranoia, and how arbitrary the construct of a border can seem, which are all very contemporary anxieties. When I see clips of Donald Trump talking about deporting people and building walls I have to remind myself that I’m not watching an absurd alternate reality.“

The song gets a limited edition release of 500 x 7” Vinyl Single “In Plastic” b/w “The Last Riddler (Live)” out July 8th on Rough Trade. The band are off to the US to play the Pitchfork Music Festival & more.