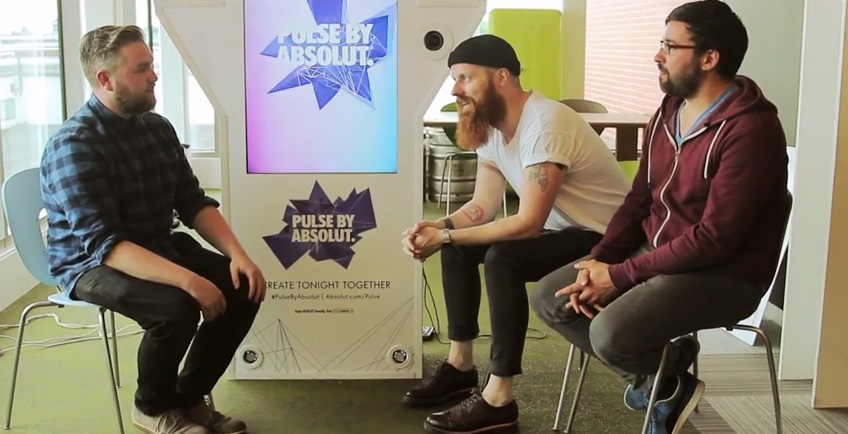 Le Galaxie are in the midst of creating their new video with Pulse by Absolut Vodka, which uses technology to encode their fans from real life as captured in a special Absolut Pulse booth in bars around the country into a special-effects laden footage that will be used for the video for the song ‘Carmen’.

The final footage for the video will be unveiled at an exclusive party hosted by Absolut Vodka in September. Michael and Dave of the band talked to Niall about the project and what people can expect.