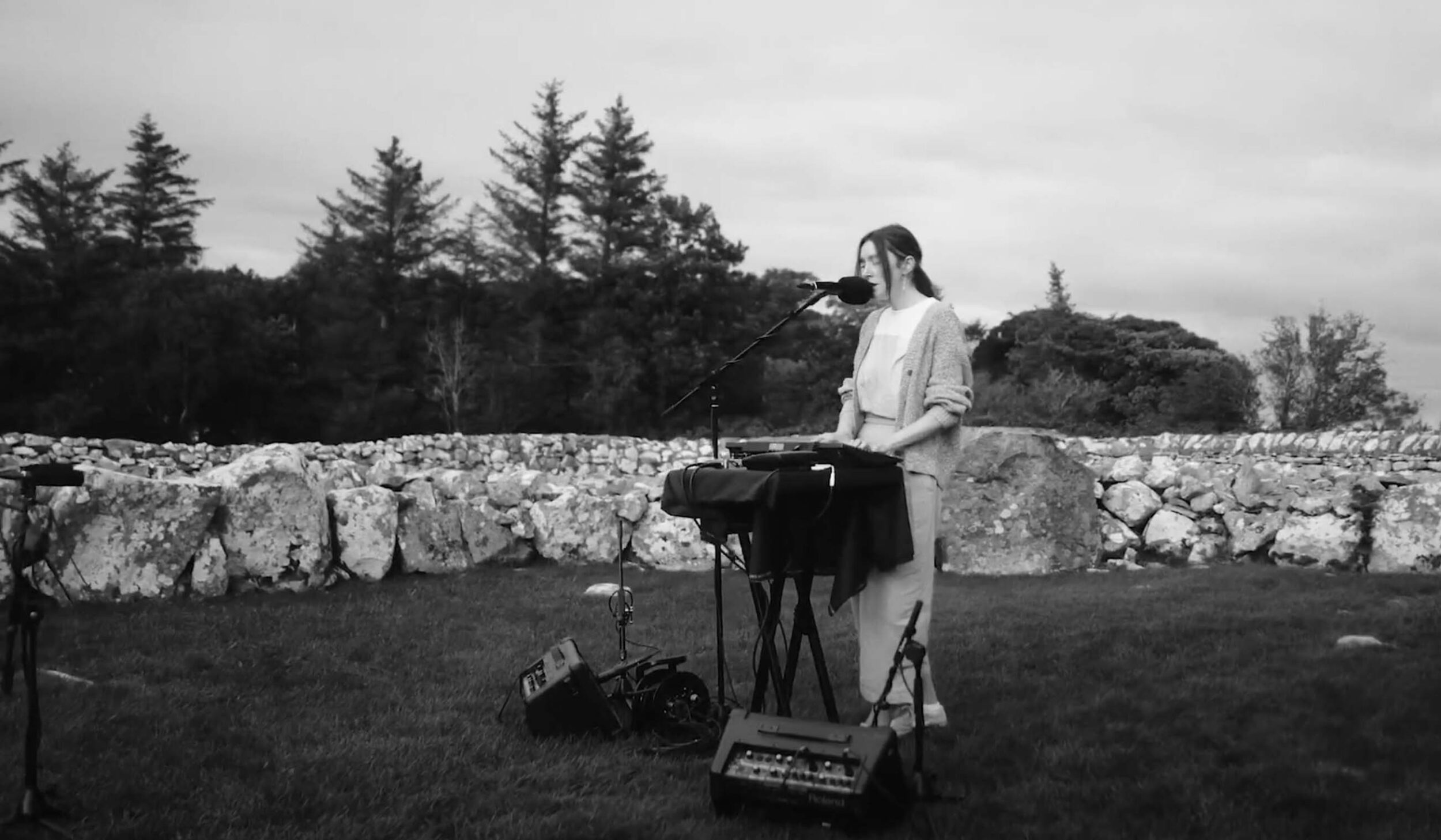 Louise Gaffney is an artist you may know from her work with Come On Live Long, as a visual artist, and more recently Dirty Dreamer.

Gaffney possesses a a warm melodic timbre, that is immediately recognisable.

The Chromatic team and Gaffney went to Creevykeel Court, a Neolithic tomb in Sligo (more below) for the performance of her song ‘Not Even Here’, a song from the 2021 debut solo five-track EP. It’s a gorgeous drifting ambient pop song that suits the cairn setting and Chromatic’s roving camera work.

‘Not Even Here’ is the opening track from the EP.

Creevykeel is one of the best examples in Ireland of a full-court tomb. Dating from the Neolithic period (c. 4000 – 2500 BC) it consists of a wedge-shaped  cairn, and an oval-shaped court.

The cairn measures 55 x 25 meters, with the wider edge to the east and tapers  away to a narrow tail on the west end. A narrow passage, which would probably  have been roofed originally, leads into the massive inner court, which could easily  hold 100 people. The court measures 15 x 9 meters.

The standing stones around the court are massive chunks of local sandstone  studded with pieces of quartz. The stones get larger approaching the opening at the  rear of the court, which gives access to an inner chamber, now roofless but which  was originally covered with massive corbels, making a massive artificial cave.

There are three smaller chambers at the western end of the monument.  Excavations in 1935 uncovered four cremation burials, Neolithic pottery, polished  stone axes, flint knives and scrapers and two clay balls. The court was reused in  Early Christian times by iron smelters, and the remains of a kiln from this time can  be seen.

€335,500 fund is now available to Irish musicians to buy instruments