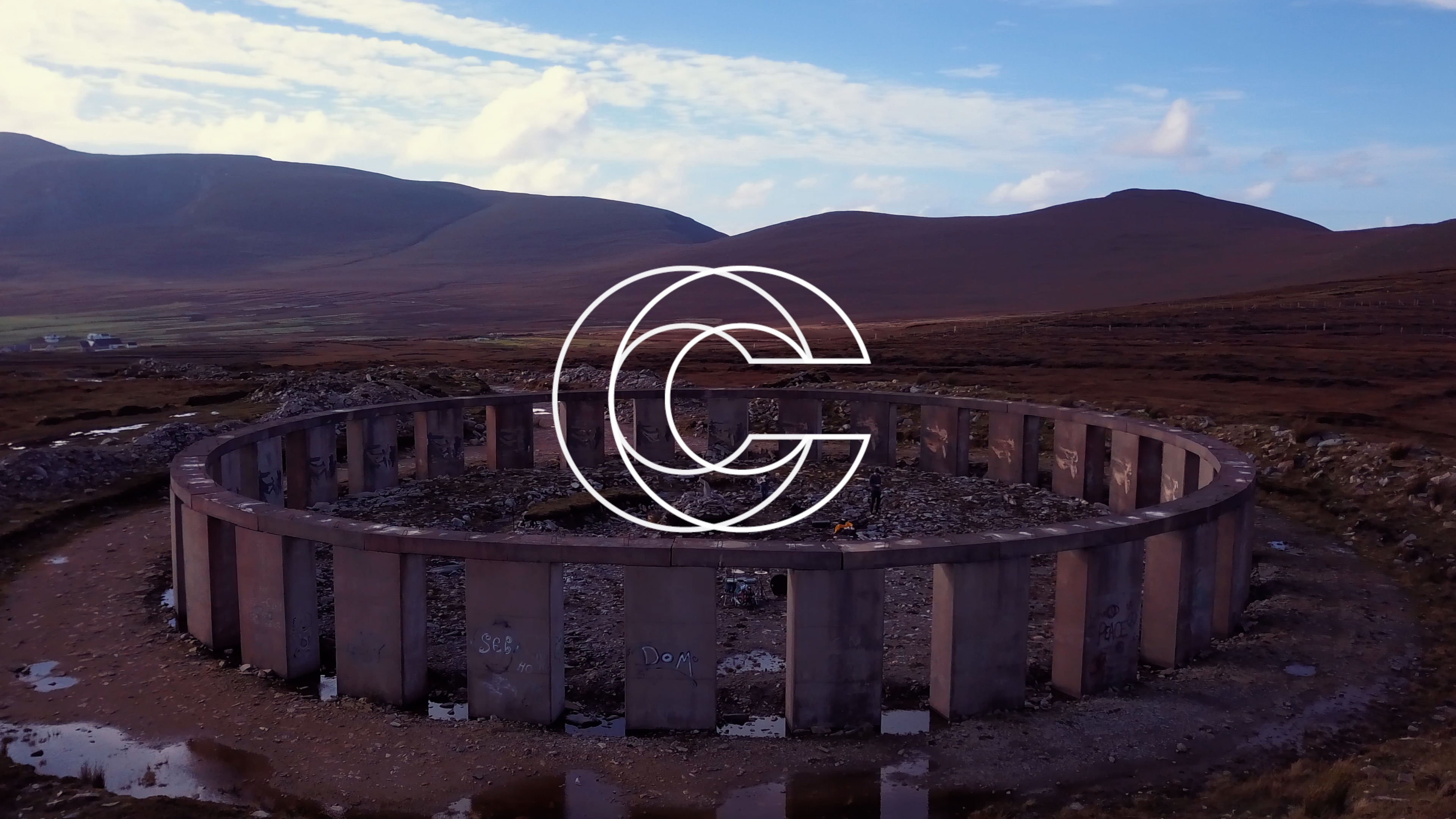 The Achill Henge is the unusual setting for Chromatic’s latest video in the series.

Nerves are the band from Mayo and Galway who perform their song ‘Leigue’ on the structure that sits on a hilltop on Achill Island, that was buit without permission by the colourful local character Joe McNamara (see below for the history of the structure and McNamara),

The song came about after a close friend, former band member and fellow musician from the band’s hometown Ballina passed away, leaving the band in a state of shock and disarray. This feeling of loss and confusion led vocalist and guitarist Kyle Thornton to begin to distract
himself for several months with drinking, over working and isolating himself from friends and family, unable to understand how to deal with his grief in any other way. Being the lyricist of the band, he didn’t write anything for 5 months after his friends passing, knowing that the next thing he wrote would have to relate to this in some way. The first song written after this period was “Leigue”, a song that lyrically deals with the dangers of trying to ignore grief and allowing unhealthy coping mechanisms to begin to rule one’s life.

Nerves will be recording a new EP in the coming few months. After playing
The Grand Social in September and Ballina Fringe Festival last week, they play The
Loft in Galway on the 13th of November.

Achill-Henge was constructed over a few days in 2011 by Joe McNamara. Workers
hauled the large concrete slabs up the hill and sank them in the bog. Mayo County
Council requested a court order to force McNamara to remove the Henge as it had been built without planning permission. McNamara claimed that the structure was
exempt from planning rules as an “ornamental garden”.

The High Court required McNamara to cease further work on the site, and, as he was found to be in breach of this, he was jailed for three days for contempt of court. Joe is noted in Ireland for a series of protests against Anglo-Irish Bank and the government’s handling of the Irish financial crisis.

In particular, he drove a concrete mixer truck into the gates of the Irish parliament building Leinster House, causing damage to the paintwork of the gateway. Joe described Achill-Henge as “a place of reflection”.

The Mayo News says that the structure “has been built to sync with sunrise on the summer and winter solstices and March and September equinoxes”. Locals have expressed admiration for the work, and a newspaper poll found a majority of locals in support of keeping the structure