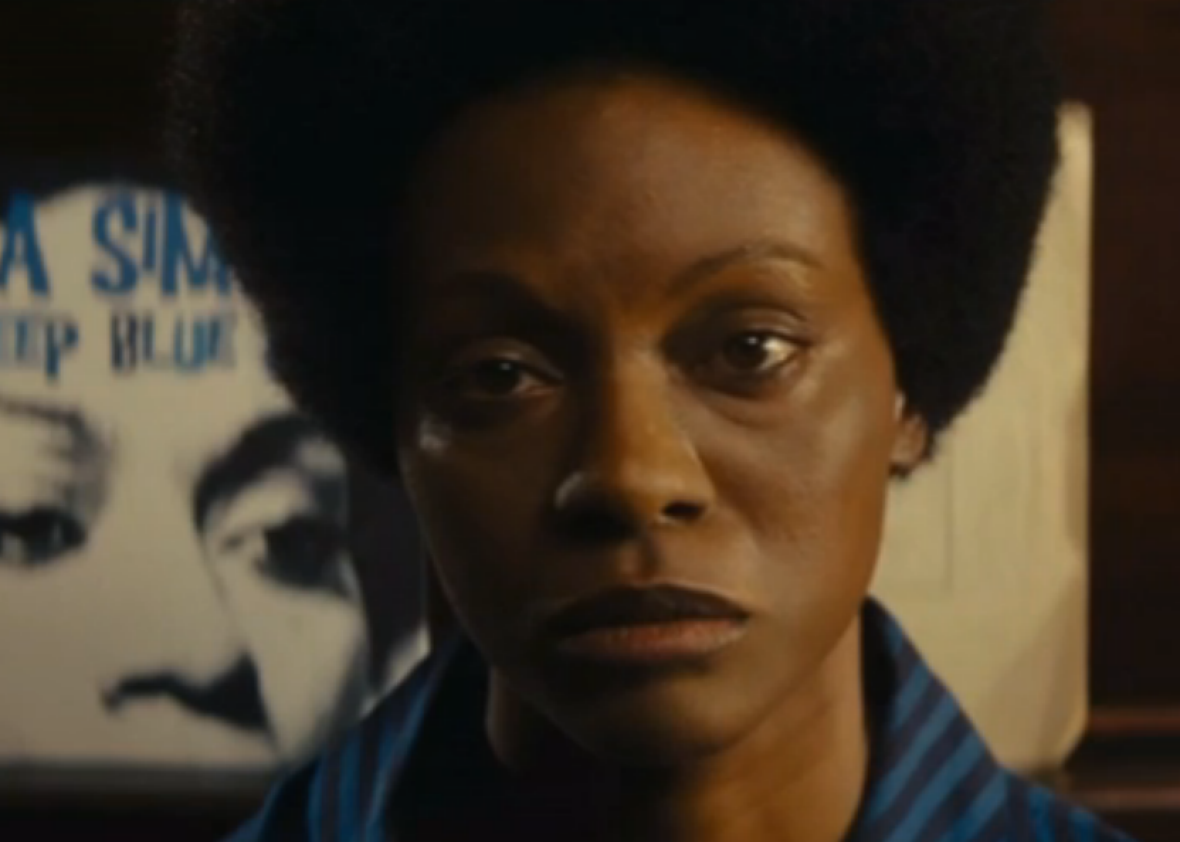 Yesterday, the trailer for Cynthia Mort’s Nina, the biopic of the “High Priestess of Soul, ” Nina Simone, appeared. The film tells the story of the life of the jazz musician and civil rights activist Simone, who had addiction problems throughout her life.

It stars Zoe Saldana in the lead-role along side David Oyelowo as Simone’s manager Clifton Henderson. The trailer has re-ignited the controversy about the casting, back in 2012, of the lighter skinned Saldana as much-darker Simone.

When Saldana was announced as a replacement for Mary J. Blige in the lead-role, there was widespread criticism. The actor wears a fake nose and was given darker skin – effectively a form of “blackface” in production to counter the criticism.

The estate of Ms. Simone are clearly not happy with the casting of the lighter-skinned Saldana as the singer, tweeting in response to Saldana:

.@zoesaldana Cool story but please take Nina's name out your mouth. For the rest of your life.

Simone’s daughter Simone Kelly has criticised the film for being factually inaccurate. Meanwhile, Mort herself attempted to distance herself from the film by suing the production company.

The film has been delayed over the years, but a release date is happening in April.

For a more accurate film experience of Nina Simone’s life, the documentary What Happened Miss Simone? is on Netflix.