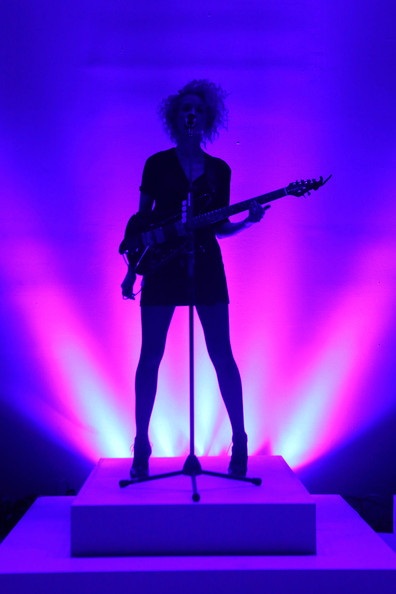 Listen to me on Breakthru Radio’s Biology of The Blog

St. Vincent’s self-titled third album comes out on Friday February 21st and she’s performed three songs from it for the AMEX unstaged cameras at New York Fashion week which feature what to expect from her upcoming live shows including some synchronised robotic and china doll movements and dancing what she learned from Mr David Byrne. There’s also a kickass solo at the end of ‘Rattlesnake’ which she really “performs”.

She plays the Olympia on February 22nd and Slow Skies (who just had a song in US TV show Ravenswood) will support.