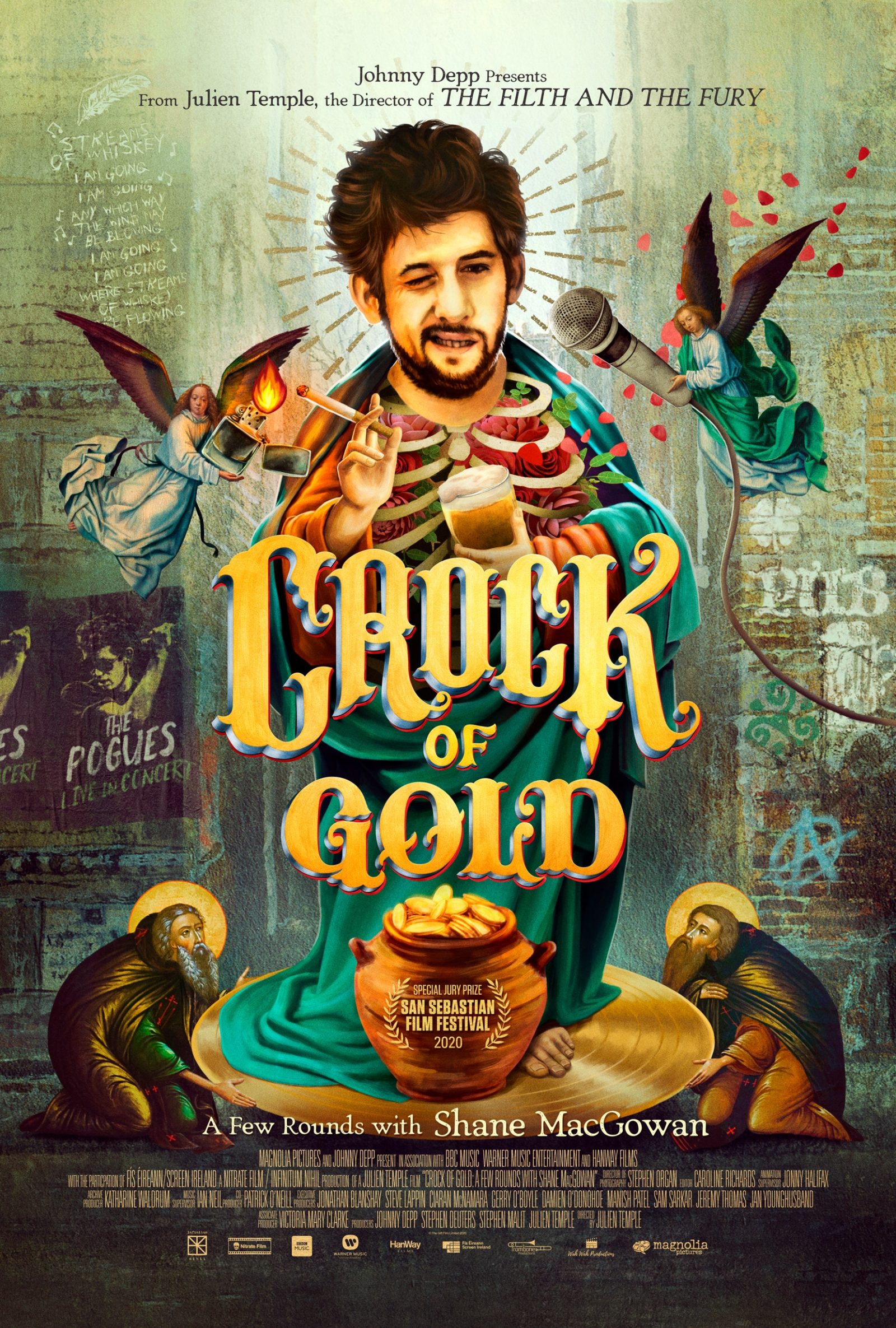 Crock Of Gold — A Few Rounds With Shane MacGowan is a new documentary focusing on the life of the Pogues singer and raconteur out on December 4th on VOD and theatres (if possible).

The film was directed by Julien Temple and features animation by Ralph Steadman, is produced by Johnny Depp and finishes with footage from the Shane MacGowan birthday gig that took place at the National Concert Hall in 2018 where Nick Cave, Sinead O’Connor, Bono, The Sex Pistols, Clem Burke of Blondie, The Pogues’ Spider Stacy, Cerys Matthews, Whenyoung, Jesse Malin and many more performed.

Check out the trailer: