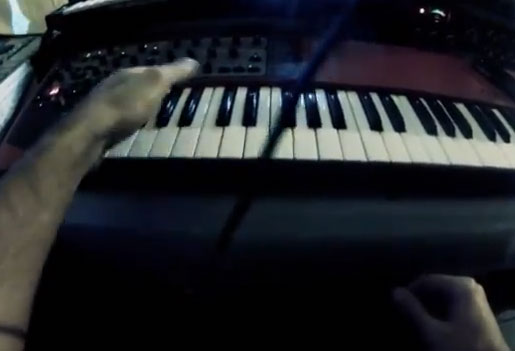 
Twinkranes released a debut album Spektrumtheatresnakes, in 2009 but they pop up here and there in Dublin to dispense some of their “synthesized psychedelia” in a live setting. Here, Seán Zissou ( who gave us the Squarehead live practice video last week) captures the band in their studio in the fittingly-titled Blackpitts of Dublin 8.