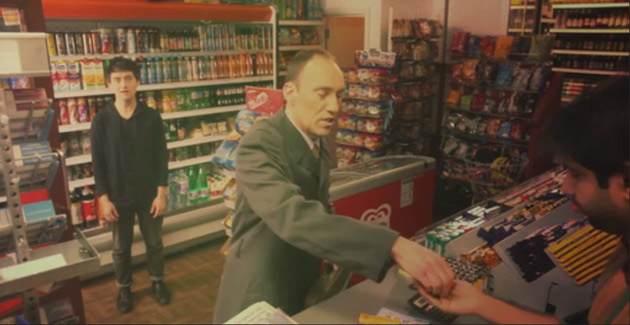 Owen Pallett, Aaron Dessner and more added to Other Voices, live broadcast lined up for RTE

I went to see Villagers play the now-intimate by their standards Whelan’s show last week where Conor O’Brien’s band ran through 19 songs including the entire new album {Awayland} from what I could tell (it’s out January 11th). O’Brien’s new songs are instantly memorable, an ability that so few others have. The band of James Byrne, Cormac Curran, Danny Snow and Tommy McLaughlin are very much part of Villagers now and the new songs were written and played by the band as their songs too. Generally speaking, what we heard bode well for the album, ‘The Waves’ is a canard in that it’s probably the only sonic assault on the record. Elsewhere, there are swirling intense melodies (‘Grateful Song’) that O’Brien has always gone for, quiet folky harmony numbers, a Grizzly Bear-esque tune to finish the album called ‘Rhythm Composer’ (“Honey, the rhythm composes you”), image-centred poetry (broken boats lighthouses, the narrator setting himself on fire on a funeral pyre) and lots of elegant guitar and piano instrumentation.

On the night ‘Nothing Arrived’ (now on iTunes) was particularly memorable for its chorus “I waited for something and something died. So I waited for nothing and nothing arrived.” In recorded form, the new single soars even more. The video was directed by Alden Volney and has Conor creeping around the background of lonely office worker Terrence Bliss’s life. Villagers have live dates in Europe and Ireland in Feb and march next year.

{Awayland} tracklisting:
My Lighthouse
Earthly Pleasure
The Waves
Judgement Call
Nothing Arrived
The Bell
{Awayland}
Passing a Message
Grateful Song
In a Newfound Land You Are Free
Rhythm Composer