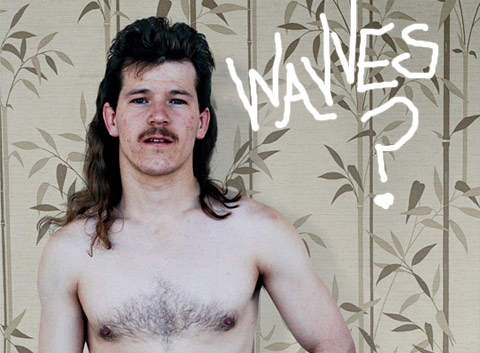 Is this Nathan Williams?

I was pleasantly surprised by the Wavves gig last night. A fairly busy Upstairs in Whelan’s witnessed the Dublin debut of Nathan Williams and his drumming cohort for a 40 minute performance of tunes culled from the Wavves and Wavvves albums. On record, the songs are scuzzy as fuck, buried beneath mountains of lo-fidelity. Live though, Wavves are a much more appealing affair with a simple spazzy drummer, guitar and vox setup. The relative cleanliness compared to the albums allows the songs to shine and you realise that Williams has really written some really catchy rock tunes with a nod to Nirvana’s early stuff with a touch of Sonic Youth, surf-rock and a milliard of thrashy young rock bands (avec mullets) who have passed before him.

It could have been a non-event. Choosing “I got nothing to say” as the opening dialogue between himself and the crowd didn’t sound promising. Within 3 and a half minutes though, the duo had launched into ‘California Goth’ after ‘Weed Demon’ opened things , the best song inspired by a goth in sunny climes I’m aware of (apart from the plural of the title which also rocks). What followed was a short, sharp burst of energy through his best material – ‘Beach Demon’, ‘So Bored’, ‘No Hope Kids’, ‘Summer Goth’, ‘Wavves’ while dispensing with the ambient/electronic touches from the albums. A superb gig. Fair play to Skinny Wolves for bringing the band over.

Incidentially, to confuse things further – if you’ve downloaded a copy of the Wavvves album (3 Vs) in the last month or so (originally to be released on De Stijl), that version is NOT the real version. The real and different version released on Fat Possum is now available on iTunes.

I haven’t seen so many mullets in a room together since the 80s (or since I last went to the US). Are mullets back in? In that case…