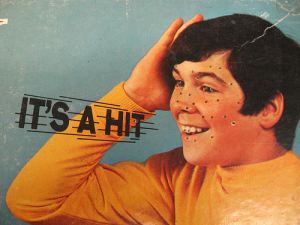 A selection of nine songs for your long weekend delectation. Enjoy.

The Very Best’s debut album Warm Heart of Africa is out on the 11th of August and while it’s perhaps not as exciting as the mixtape last year, these remixes of the title track which features Ezra from Vampire Weekend are making up for it right now. The Architecture in Helsinki remix is essentially a cover with brass replacing the original’s African guitar sample. It’s awesome. The Metronomy is equally different taking the a snippet of the vocal and putting it through some weird 80s vocoded effect.

Are Isle of Wight band Bastila named after an obscure character in the Star Wars universe? Perhaps.. I swear I only found it through Google. Jim’s been bigging these guys up of late and while I love this remix’s borrowing of classic hip-hop cowbell and breaks, I haven’t got around to the album yet. This will change. Oh yes. This remix is actually by the other guy, Richard Norris from Beyond The Wizard Sleeve, i.e Not Erol Alkan.

UK folktronica dude James Yuill released his No Pins Allowed album in May and this re-edit by Prins Thomas appears on his This Sweet Love Love EP and the Kitsune Compilation 7. It gives the original a subtle thump.

Another Kitsune signing, Delphic are releasing their new single ‘This Momentary’ on August 31st and this remix is by Barcelona based Golden Bug. The band play the Field Day festival this weekend if you’re heading to London for that.

You remember the Daedelus/Jogger Friends of Friends EP I wrote about recently? What do you mean “I only take the MP3s and don’t read the words Niall you fuckwit”? Whatever, they’ve gone and released a remix EP of the original and hired the completely under-rated and highly brilliant Nosaj Thing to remix one of the Jogger tracks. He does his thing with inimitable style once again.

Away from the remixes for the remainder, London’s Portasound are a favourite of Radio One’s Huw Stephens having recorded a session for him in Maida Vale (watch it here – it could be the whistling anthem for 2009!). This instrumental is a sweet synth and glockenspiel-dominated tune with a deadly back in time, space time continuum sound interrupting in parts.

7. Portasound – Tunnel to the Moon

The Yolks dropped this in my inbox without explaining anything about themselves apart from saying they are French. Right now, that’s all you need to know. They seem to be doing well in their native country for a start. Catchy riff too.

What I love about this tune, that there are elements of it I totally dislike. Sorry Liam Frost but your singing is not for me. It sounds like Damien Rice on the day he cracked the formula for depressing singer-songwriter success – i.e not depressed at all. It’s also a fairly radio-friendly MOR tune. HOWEVER, Martha Wainwright proves how great she is by elevating this tune out of the ordinary by singing the infectious bah-bah hook, a verse to herself and the pristine backing vocals.

9. Liam Frost – Your Hand In Mine (feat Martha Wainwright)