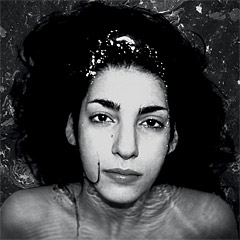 This blew me away when I heard it yesterday.

While I’ve always been a fan of the Wildbirds and Peacedrums live show, their recorded stuff never grabbed me as much as I’d hoped. ‘Fight For Me’ is a sea change in that regard. It features the 12-piece Reykjavík Chamber Choir (featured on Björk’s Medulla album) and is reminiscent of The Knife’s recent ‘Coloring the Pigeons’. It’s a chamber of Andreas Werliin’s unique percussion, Mariam Wallentin echoing lament and the soulful support of the choir writ large behind them. If it sounds like it was recorded in a church, that’s because it was.

‘Fight For Me’ is taken from the forthcoming Retina EP released on May 10th on numbered white 12″ vinyl through The Leaf Label. The 5-track EP is the first of two vinyl-only EPs, the second EP Iris will be released in June. The two EPs will be then compiled into an album called Rivers to and released on CD and digitally in August.

Recorded in Iceland, as well as the Chamber Choir, it also features the talents of Bedroom Community’s Ben Frost(recorded the EP), Valgeir Sigurðsson (mixed the EP) and Hildur Guðnadóttir (choral arrangements, member of Múm).

12” Tracklisting:
A1. Bleed like there was no other flood
A2. Tiny holes in this world
A3. Under land and over sea
B1. Fight for me
B2. Peeling off the layers