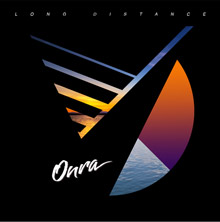 The latest releases from Dublin’s All City include Onra’s ‘Long Distance’ / ‘High Hopes’ 12″ featuring OlivierDaySoul and Reggie B respectively. An LP of the same name is coming this month. Mp3 below.

Next up, LA#3 with Samiyam and Ras G which you can hear snippets of below too.