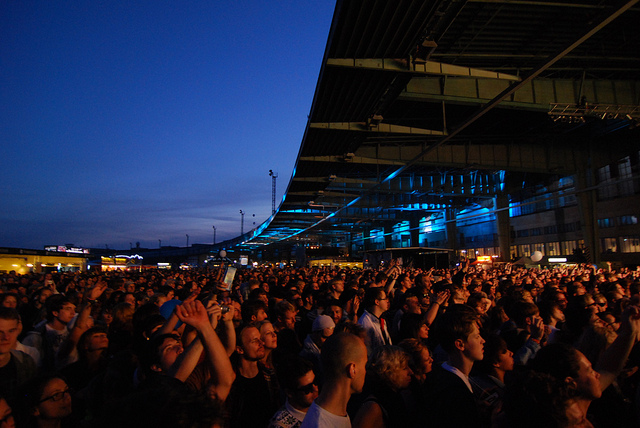 If you fancy heading to one of the best cities in the world for a city festival instead of the guaranteed muck fests that most Irish festivals bring then Berlin Festival on September 7th and 8th might be what you’re looking for. You get the best of both worlds: a city heaving with great club spots like the infamous Berghain and a festival set in a disused airport during the day which gives way to a warehouse vibe until late in the night. No rainy tents, you can stay wherever you want hotel, hostel or apartment.

I’ve got a pair tickets to giveaway to the festival. You’ll still have to get yourself there and sort out accomodation but Berlin is relatively cheap and both Ryanair and Aerlingus fly there.

To enter the competition, email [email protected] with your name before July 6th to be in the draw.