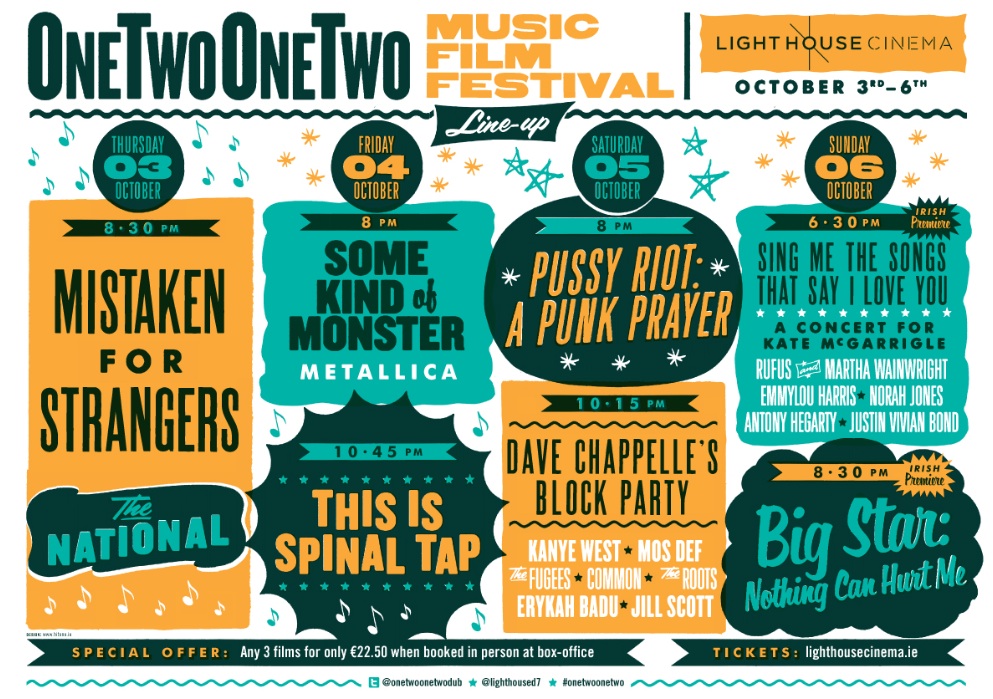 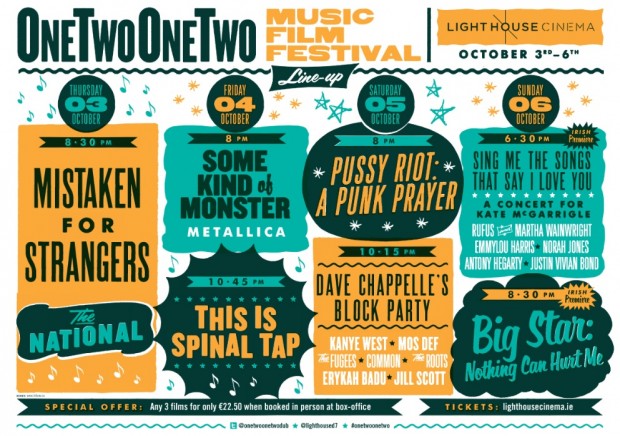 OneTwoOneTwo is the music documentary film festival happening at the LightHouse Cinema in Dublin from today until Sunday. All tickets for The National documentary Mistaken For Strangers are sold out but there’s still tickets for screenings of Metallica documentary and chortle-along Some Kind Of Monster, This Is Spinal Tap, Pussy Riot: A Punk Prayer, Dave Chappelle’s Block Party, Sing Me The Songs That Say I Love You: A Concert For Kate McGarrigle and Big Star: Nothing Can Hurt Me.

I have tickets to giveaway to Saturday’s events courtesy of organisers Cillian and Una:

An amazing documentary that follows the all-female Russian punk band from inception to their criminal trial.

To win, leave a comment below with a link to your favourite music documentary of all-time and let me know which film of the two you’d like to see.