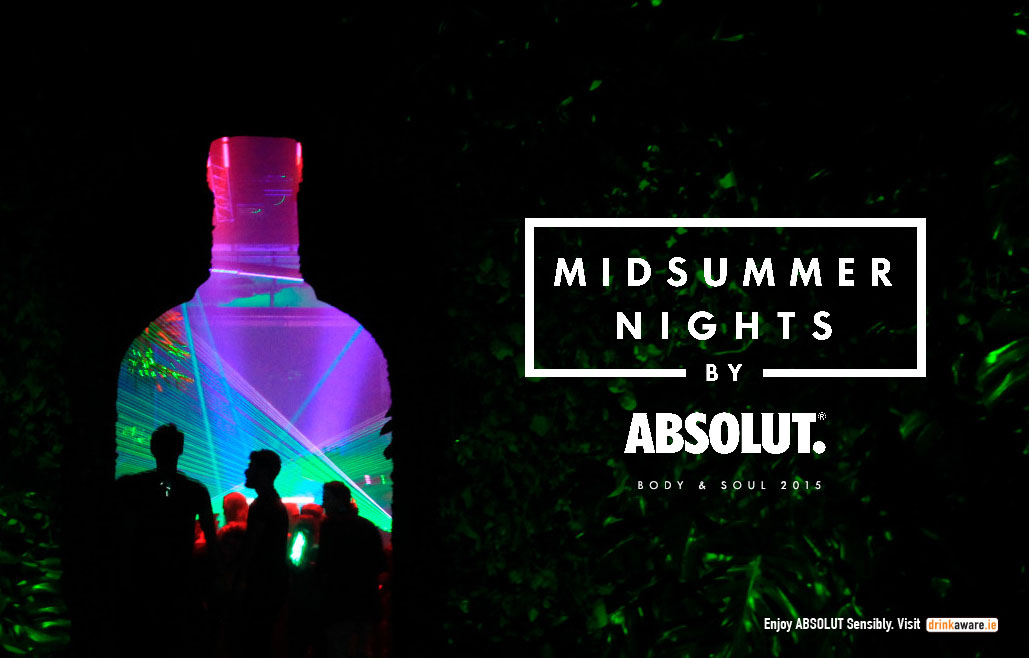 Body & Soul has become the festival of choice in Ireland. The organisers have an attention to detail and spirit that manifests itself through its location, its custom-built stages, its unique programming with a holistic angle that is felt from its thoughtful talks to music to food and beyond. And it’s only over two weeks away.

With thanks to Absolut who will be down at Body&Soul presenting Midsummer Nights by Absolut, a programme of artistic collaborations, music and theatrical spectacles and they’re even flying in the world’s most famous festival artist to Ireland, Burning Man’s, SHRINE to build a once-off Absolut Art Bar featuring delectable cocktails.

All you have to do to win tickets to the festival courtesy of Absolut is enter via the widget below. Winner will be contacted next week.

Congrats to the winner Anna!

Mitchelstown Cave gigs announced for July with This Is The Kit, Lisa O’Neill, David Kitt…