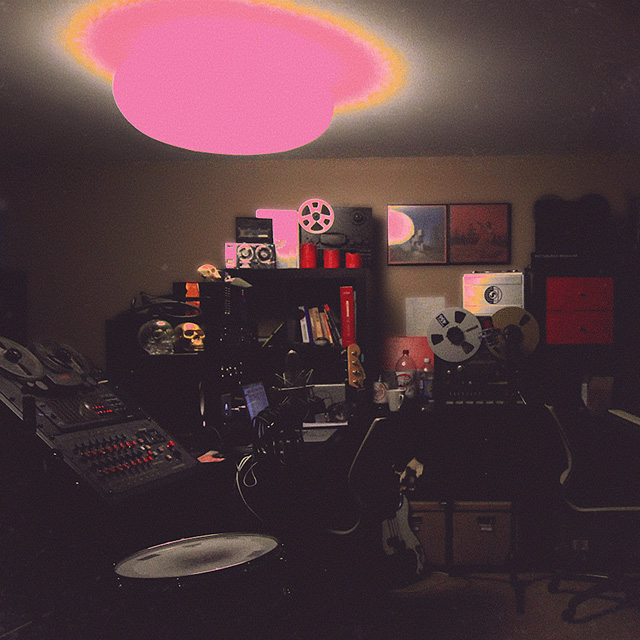 From psychedelic rock outliers to pop flirters, New Zealand’s Unknown Mortal Orchestra have decided to dispense with the weirdo Captain Beefheart lo-fi disposition and give us something with clarity and heart.

Portland-based Ruban Nielson’s third album shows what can happen when you stop hiding behind colourful noise and focus on making songs that resonate. The title of the record comes from the experience that Nielson had with his wife where their relationship became a polyamorous one as another joined them in their home. That woman, coded Laura in the article, is the subject of most of the record (and took the album cover), addressed in verse in the title track – “It’s not that this song’s about her / Most songs are about her.”

And they really are. “Messed with Polly and Marie / Took some Xany and Addy / Does this mean you’ll never blow me again? / Love dissolved in acid rain / Tears are falling down,” Nielson sings in a coded-not-so coded way on ‘Like Acid Rain’.

The anguish and aftermath is felt throughout as Nielson deals with the confusing fallout of a seismic shift in his family’s life. TLDR: the girl left due to not having a visa and the album’s last song ‘Puzzles’ seems to be a pissed-off address to that fact (“America, open up your door / Is it right to always fight against the other? / What is a person of color? / Is it wrong to have zone that isn’t monochrome?”)

The album could all have sounded bogged down in that sentiment but feels like a love letter to music greats, or at least nods to them – ‘The World Is Crowded’ sounds like an aquatic take on a Steely Dan hit, ‘UR Life One Night’ sounds like it’s on the Prince merry-go-round of guitar funk with drums replaced at the last minute with a pram rattling.

There’s still an overarching tinniness to the improved production but there’s also a variety previously unheard like on ‘Extreme Wealth And Casual Cruelty – Flamenco-tinged psychedelia the kind that Super Furry Animals embraced in their latter albums.

‘Can’t Keep Checking My Phone’ is glittery disco, with Nielson dispensing with shrill vocals in favour of a soulful falsetto. It isn’t going to rival D’Angelo as it sounds like it’s being sung through a phone but it’s a new shape for UMO.

That song is about the hyper-connected modern dilemma of waiting for someone to get in touch and that someone here is Laura who the couple are longing to return. That Multi-Love was being finished as Laura left for the final time gives the album a rawness in emotion not present in Nielson’s music before.

It’s particularly palpable in the self-doubt of worth on ‘Necessary Evil’ (“We’re in love / But I don’t get what you see in me”), a low-slung psychedelic jazz-funk groove. Rather than make fucked up lo-fi music, Nielson has made super-fi music from a fucked up situation, which makes for more striking resonant music.