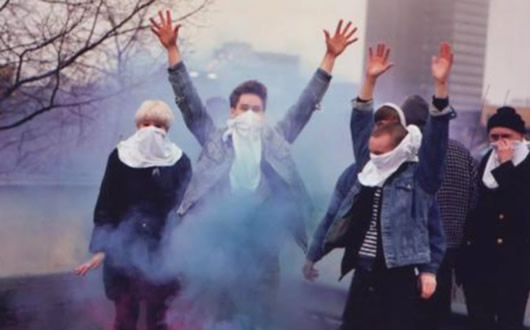 There are some truly wonderful moments of music on WU LYF’s debut album Go Tell Fire To The Mountain. There are also some grating moments: is there really a need for the vocals to be that gruff and unintelligible? ‘Dirt’ pretty much encapsulates the band’s debut in that regard, you actually need subtitles to understand what singer Ellery Roberts is saying. But when the crenscendo hits, Roberts, (who also plays organ) along with Tom McClung (bass), Joseph Manning (drums) and Evans Kati (guitar) come together in musical unison, WU LYF are anything but a gimmick.

Go Tell Fire To The Mountain is released by the band independently on 10th June on CD and Vinyl. Video footage by Fil Kaler.

You can also read my extensive introduction piece to the band.