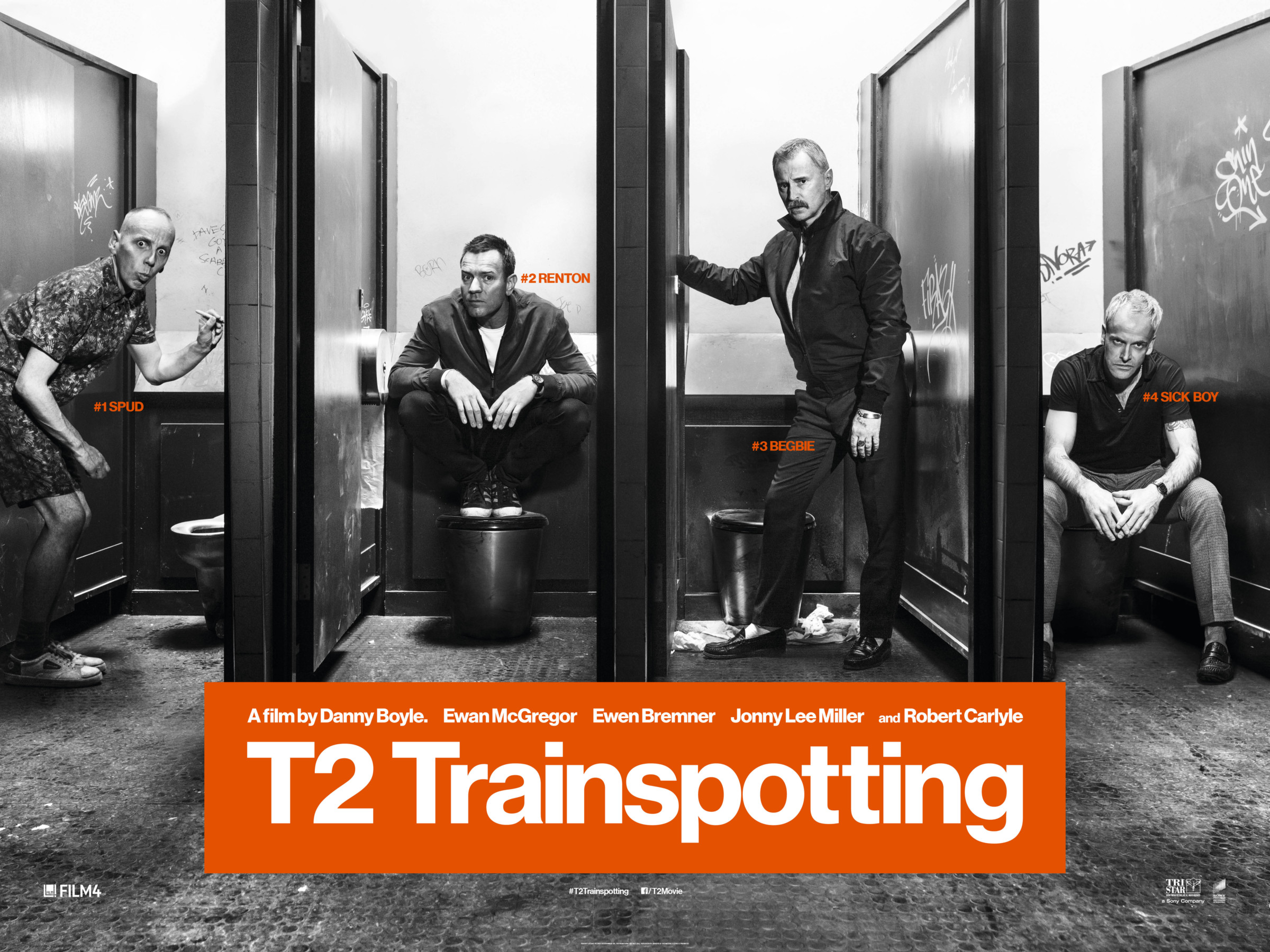 The followup to Irvine Welsh’s Danny Boyle-directed Trainspotting film is being released this Friday as T2: Transpotting and we already know that Limerick’s Rubberbandits’ Dad’s Best Friend features (as does Frankie Goes to Hollywood, Blondie, Wolf Alice and The Prodigy remixing the first film’s iconic ‘Lust For Life’ by Iggy Pop.)

Scottish alt-rap trio Young Fathers have six songs in the film, three on the soundtrack – ‘Rain Or Shine’, ‘Get Up’ and ‘Only God Knows’. The latter is a new lo-fi punk-gospel song that plays over the closing credits and features the Leith Congregational Choir, which include some of the members’ aunts.

Says Danny Boyle of the band:
“Trainspotting, the original book is like a modern Ulysses. It’s unsurpassed I think, and reading it is still like the ‘rush of ocean to the heart’. You’re always looking for the heartbeat of a film. For Trainspotting it was Underworld’s Born Slippy. For T2 It’s Young Fathers. Their songs are my heartbeat for the film. And Only God Knows is that rush again. The ocean. The heart.” Danny Boyle 18th January 2017.