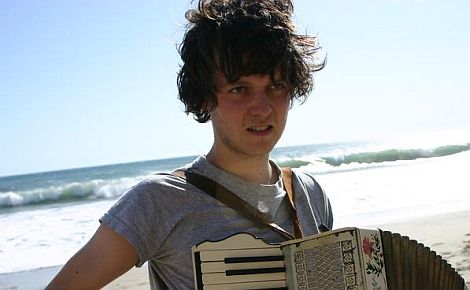 From a free CD given away with Believer magazine comes this gem of a tune from Beirut’s Zach Condon. The downtempo electronic tones may surprise you if you’ve been enjoying his Balkan ways but Condon has delved into this kind of stuff before as The Real People (see I guess I’m floating for samples) when he was just 15. The guy obviously has talent in spades but you know that already.

The next Beirut gig will be in Tripod in Dublin on June 22nd before a Glastonbury appearance. Also featured on the Believer compilation are Sufjan Stevens (with another curveball), I’m from Barcelona, Deerhunter, The Drones, Of Montreal, Aesop Rock, YACHT, Grizzly Bear, Explosions in the Sky and more.