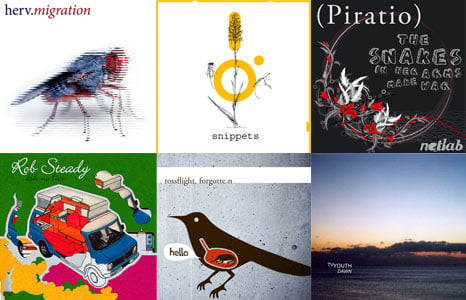 While we’re on the subject there’s a teasure trove of albums by quality electronic artists being released through Netlab which aims to be an audiovisual assault system, fueled by user submission through a Creative Commons License.

27 artists have contributed thus far. Here’s some of the highlights:

Herv – When I leave