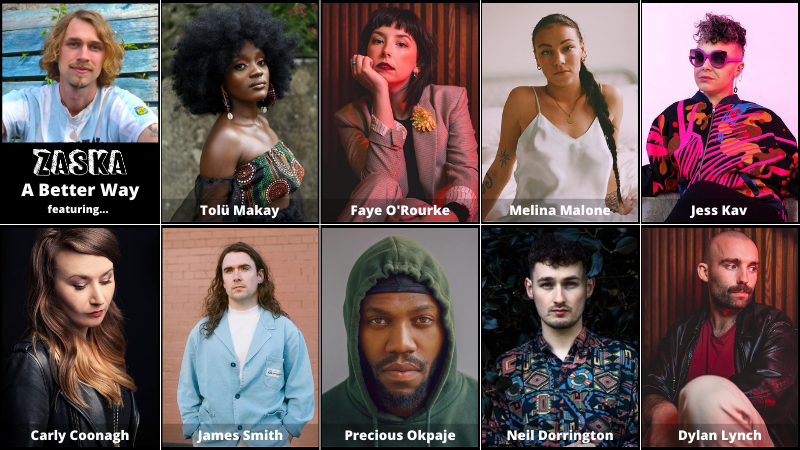 Wicklow guitarist, songwriter and bandleader Max Zanga released his debut album It Takes A Village in 2019, and as the name suggests it took a collaborative approach to the long player.

Last year he got 16 artists including Zaska, God Knows, Wyvern Lingo, BARQ, Soda Blonde, Tolü Makay, Gemma Dunleavy on a track together during lockdown, and some of those artists featured on his work in the past will be returning for album number two, which Zaska has kicked up a crowdfund for.

James Smith who featured here last week sings on the album and also plays keys and co-produces the album with Zaska. Players include Dylan Lynch (Soda Blonde) on drums and Neil Dorrington (BARQ) on bass.

Zaska describes A Better Way as, “the next musical step in the neo-soul/funk evolution from my first album and it has face-melting, stanky grooves to get those sweet endorphins flying. It’s a concept record themed around sustainability – not just sustainability for this gorgeous planet, but for all aspects of living a
harmonious life. It’s a hopeful album about our ability to turn it all around for ourselves and the next generation.”

The crowdfunding is running now on Fundit from 22 February to 22 March and aims to raise €16,000 with various rewards including:

A vinyl first pressing of A Better Way with carbon offset credit, a Save The Earth download bundle with a digital bonus pack, your name on the album, a cover request, guitar lessons, private concert, a song dedication and much more.