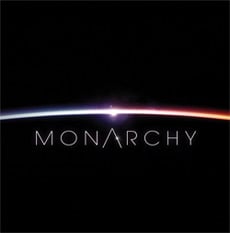 Monarchy are an enigmatic band who’ve received a fair amount of attention here in the last five months or so thanks to great electro-tinged songs like ‘The Phoenix Alive’, ‘Gold in the Fire’, ‘Black is the Colour of my Heart’ and a remix of Marina amongst others.

There’s plenty going on in Monarchy-world. The band will release an album soon, will start playing live shows, are working on video concepts and have just remixed Lady Gaga and Kelis. Below you can hear a great new tune from them called ‘It Must Be Love’.

In a new feature called 3×3, designed to get you some cold hard yet interesting facts, I asked the band for three answers to three questions (making up … nine, yes you guessed it – i’m a saddo) but before that here the band who formerly traded as Miike, explain how why the mystery around them is so important:

There’s an overindulgence of trivia surrounding most musicians these days, which completely eclipses the music. In many ways the musicians, because of the microscopic attention to their lives, have become sanitised and bland. We don’t feel inclined to add to that horn of plenty, and so we are removing ourselves from that game. People like Calvin Harris, makes quite good music, but is a really dull person. Why does he Twitter his dullness to the world? We don’t have an answer for that.

Monarchy – ‘It Must Be Love’


Three things we should know about Monarchy: