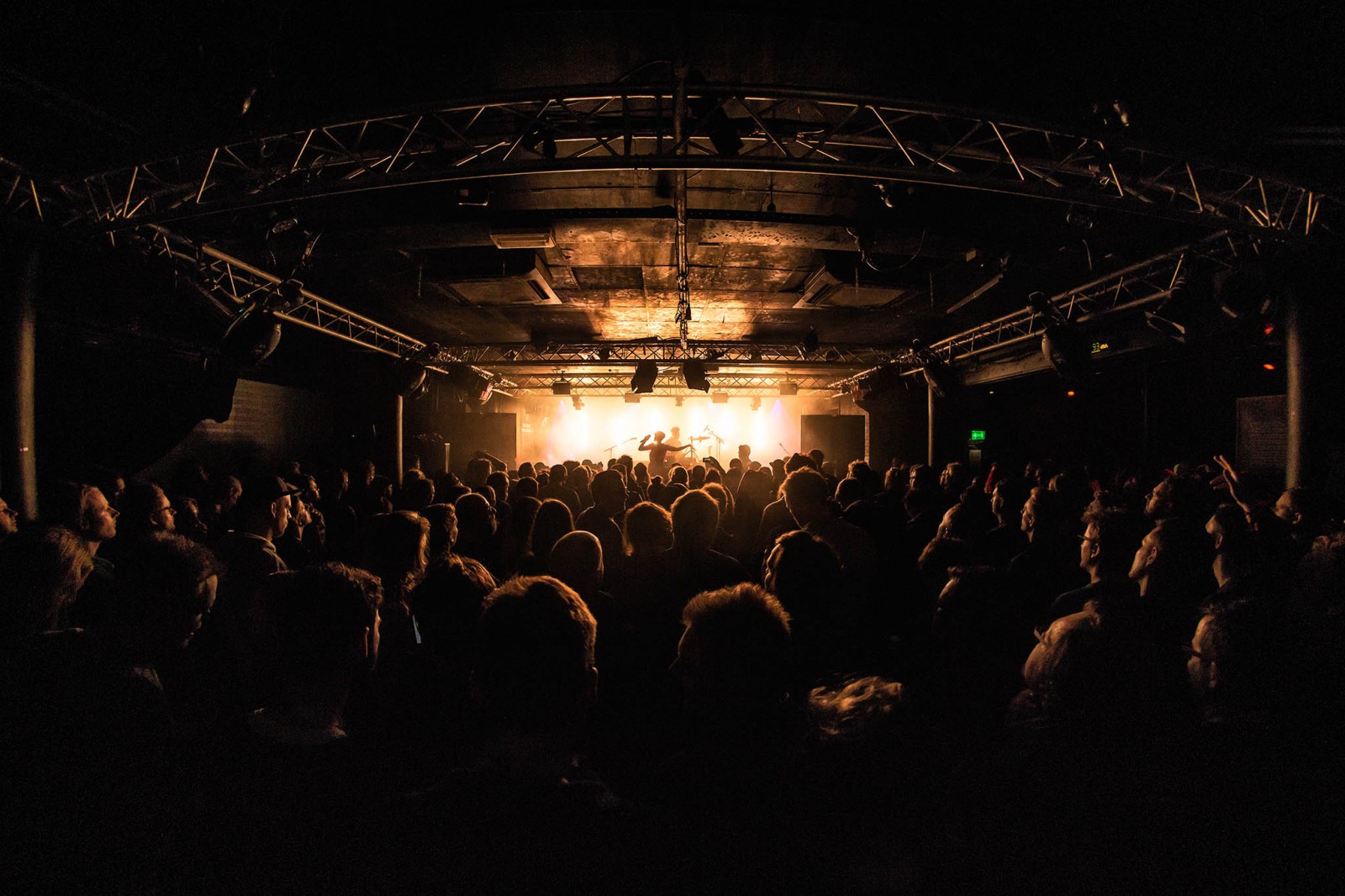 In its 30th year, Eurosonic Noorderslag is a new music festival held in the student town of Groningen, two hours north of Amsterdam, that has become the primary European emerging talent festival. It’s where any European band who are looking to establish contacts with booking agents, and hence, a living, on the European festival circuit, should go.

Taking place in the quiet time of early January, the industry-focused festival has a lot of festival bookers from around the continent looking for acts to put on their bills. Further incentive is given to bookers signed to the European Talent Exchange Programme (ETEP), who receive money in return for booking an act at the festival (Body & Soul is the only Irish festival signed up). SOAK, who last year received 12 festival bookings as a result of Groningen, return to pick up an award in recognition of her success at the European Border Breakers Award alongside nine other European acts including Aurora, Oscar & The Wolf and Carnival Youth, in a ceremony hosted by Jools Holland (watch here).

Here are my own highlights from three days at the festival.

We are now at a time in music where teenagers’ first point of entry of electronic music is Hudson Mohawke and James Blake. That’s not a bad thing per se but it’s worth it in terms of contextualising the music of Mura Masa, the Guernsey producer who namechecks these two artists as his entry point into the music he currently makes.

Mura Masa, real name Alex Crossan, makes music that is very much a 2016 sound: percussive electro, Cashmere Cat-style bells, EDM-style breaks, modern R&B flourishes with a pop front. His music is a combination of low-end and high notes with space left in-between for singers like Nao and Shura who have contributed to two of his best songs to date – ‘Firefly’ and ‘Love For That’.

On stage in Simplon at Eurosonic, he’s joined by Dublin-born London based singer Bonzai who I bigged up recently. She leads the charge adding a front focus that allowed Crossan to use his pads, percussion and synths. Together, they created a razor-sharp live show.

There was very little let up from the word go with this French band’s set in the AA Theatre. The Nice band’s music is all about high drama and big energy using pounding light-boxed drums, a lot of jumping around and in vocalist, Samanta Cotta, the kind of emotional range that like London Grammar’s Hannah Reid sounds like its swallowing the song. On a record, there’s a lot more distracting atmospheric touches but live, Hyphen Hyphen kicked big butt.

Swedish pop with a big finish. 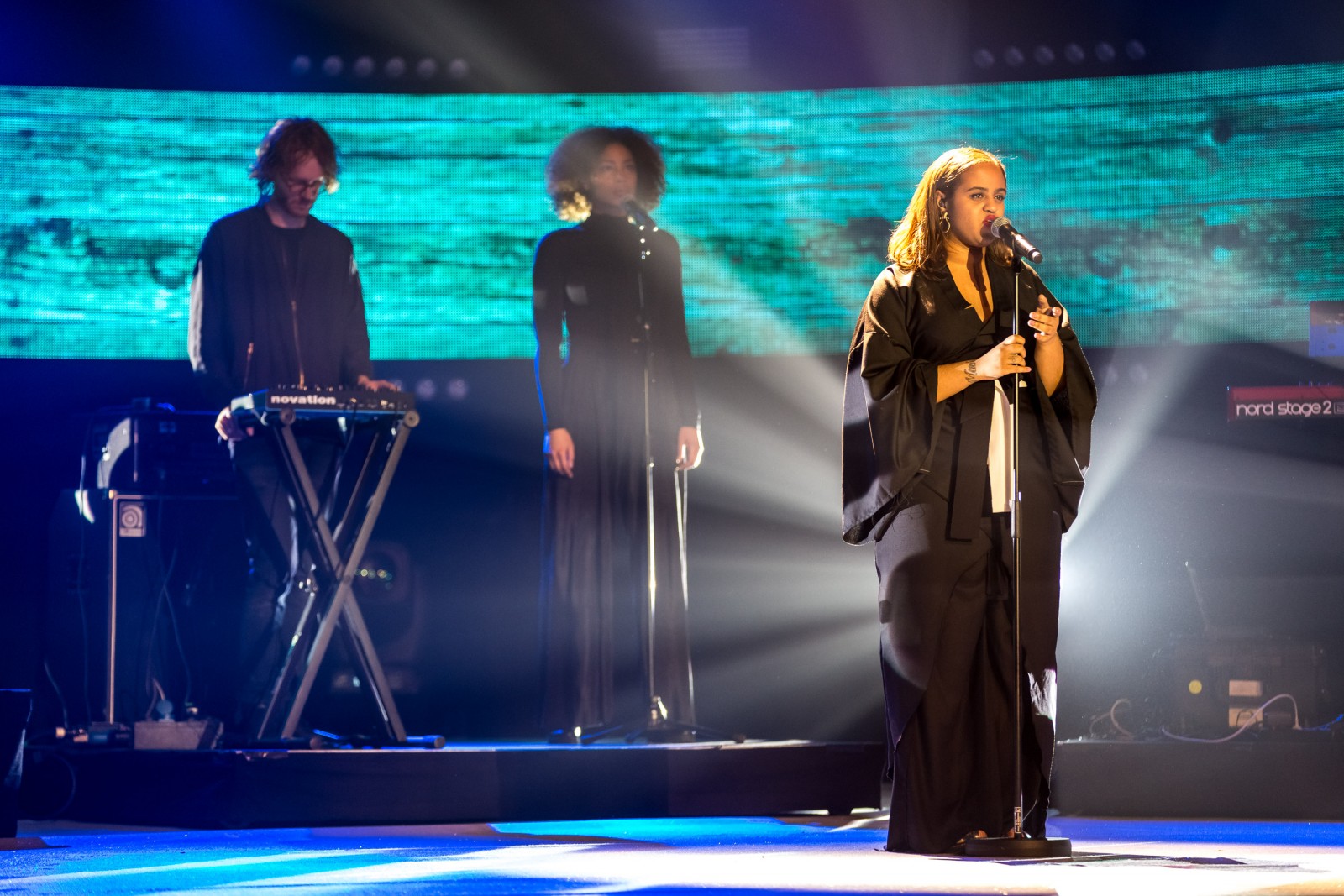 The StadSschouwburg, a 19th century opera theatre in Groningen, was a befitting place for a voice as a beguiling and as giant as Seys. The first was her collecting her European Border Breakers Award and the second was her festival show. At the former, she played ‘Younger’, that song originally released two years ago that swells with a belting emotional soul, its impact undiminished. Not even a Kygo remix (the aural equivalent of a happy slap) could ruin this majesty. 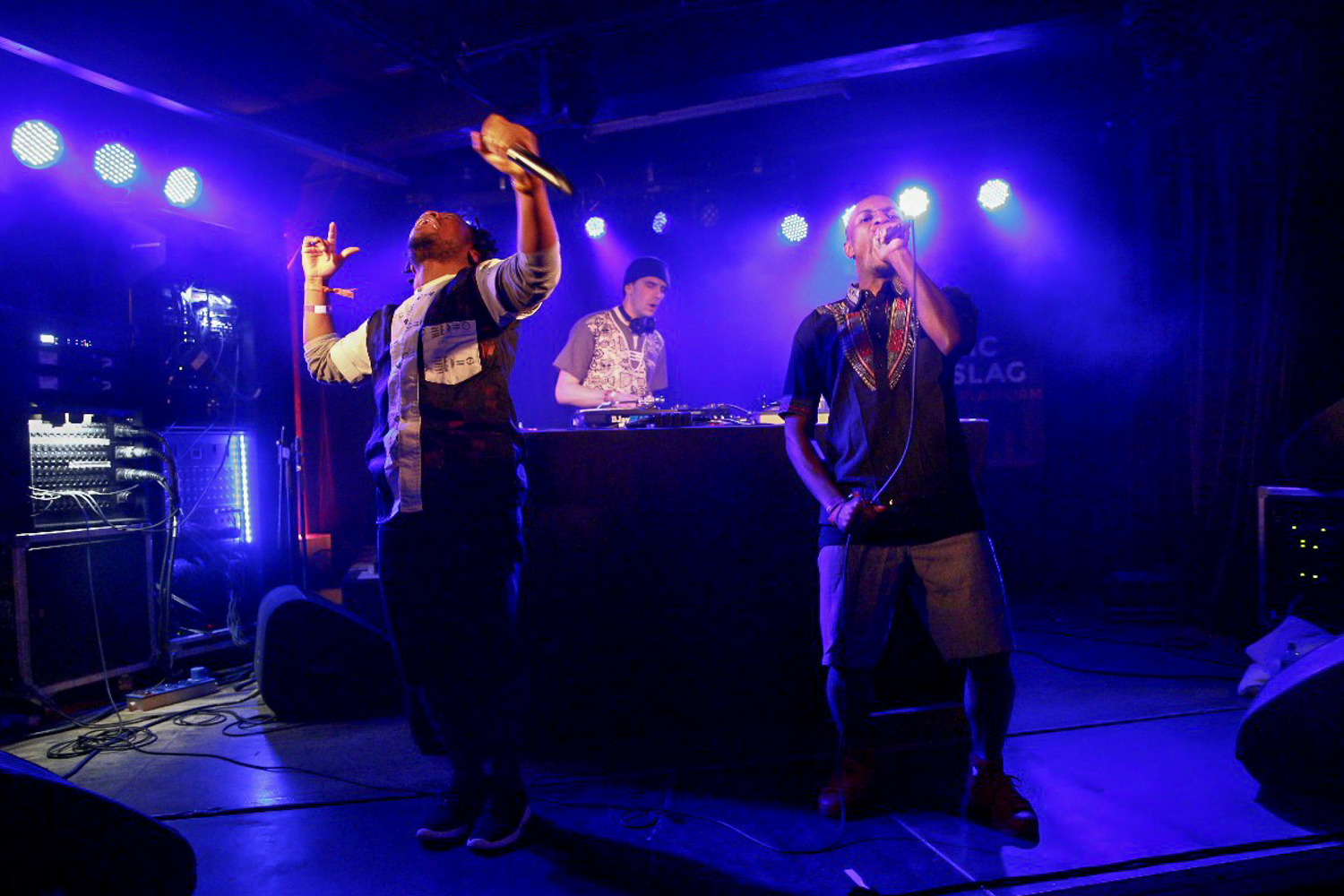 No suprise here. Rusanagano’s set in PlatformTheater at Eurosonic has the trio giving their full energy into every syllable and throwing themselves into the crowd for an impressive dance or a face to face with the audience. Two spoken word pieces go deeper into painting Murli and God Knows’ immigrant backgrounds. MynameisJohn, as always, keep things on point as a DJ, shifting and shaping old songs in new ways.

Look, these lads are one of the best live acts out there, especially so in the context of a European showcase. We already know this. Eurosonic might be the start of the rest of the continent catching up. One festival booker gushed afterwards about their set taking them back to the golden era of hip-hop via grime, jungle and drum and bass, which is part of their appeal. 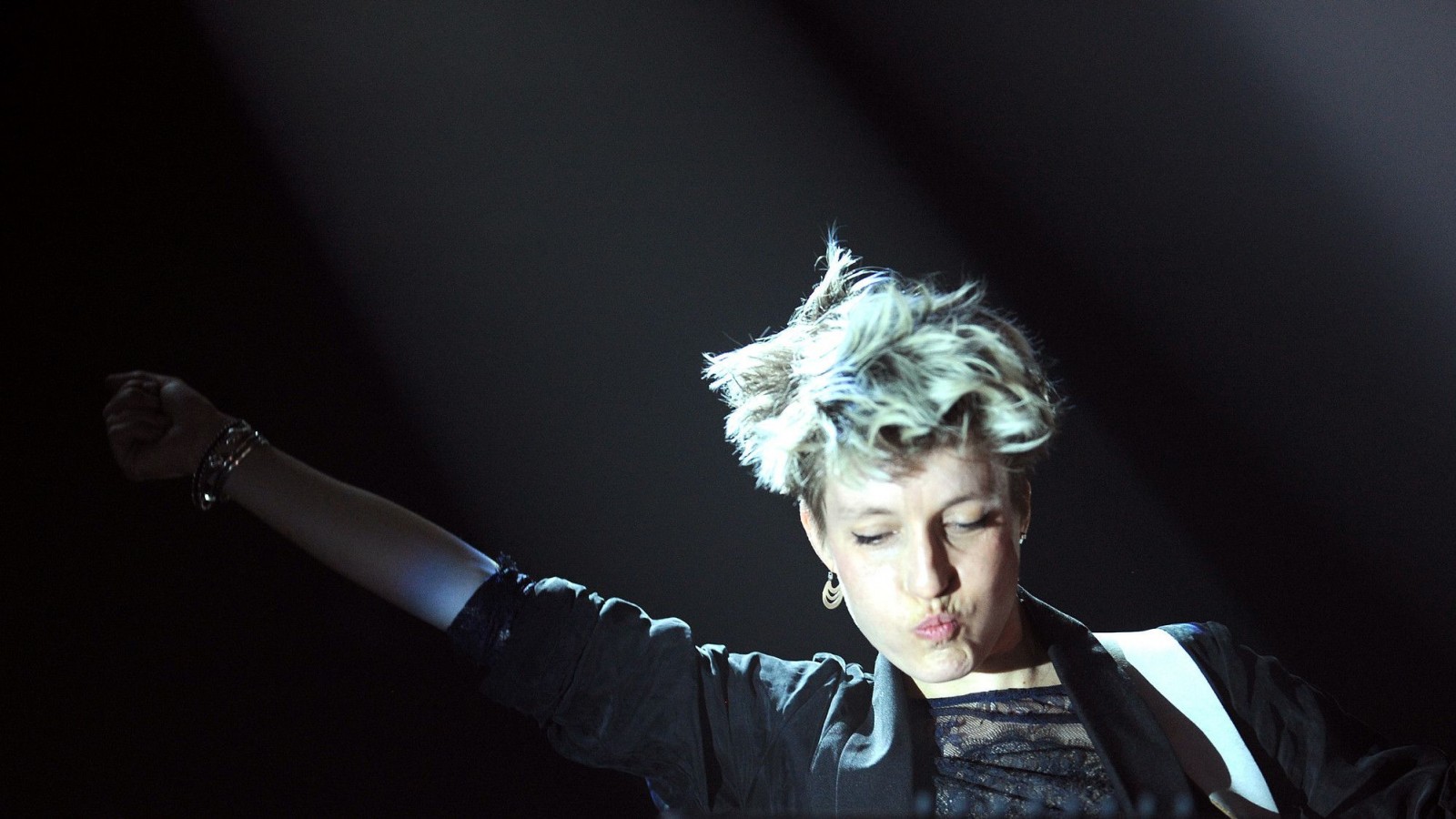 I only caught about two minutes of the end of French singer Jeanne Added but it was enough to leave a big enough impression. The former jazz musician released an album, mostly in English, Be Sensational, produced by Dan Levy of The Dø, last summer in France and live, it translates as a mix of leftfield pop, electronica and even more alternative sounds like coldwave, ambient and Savages-style post-punk. Worth further exploration. 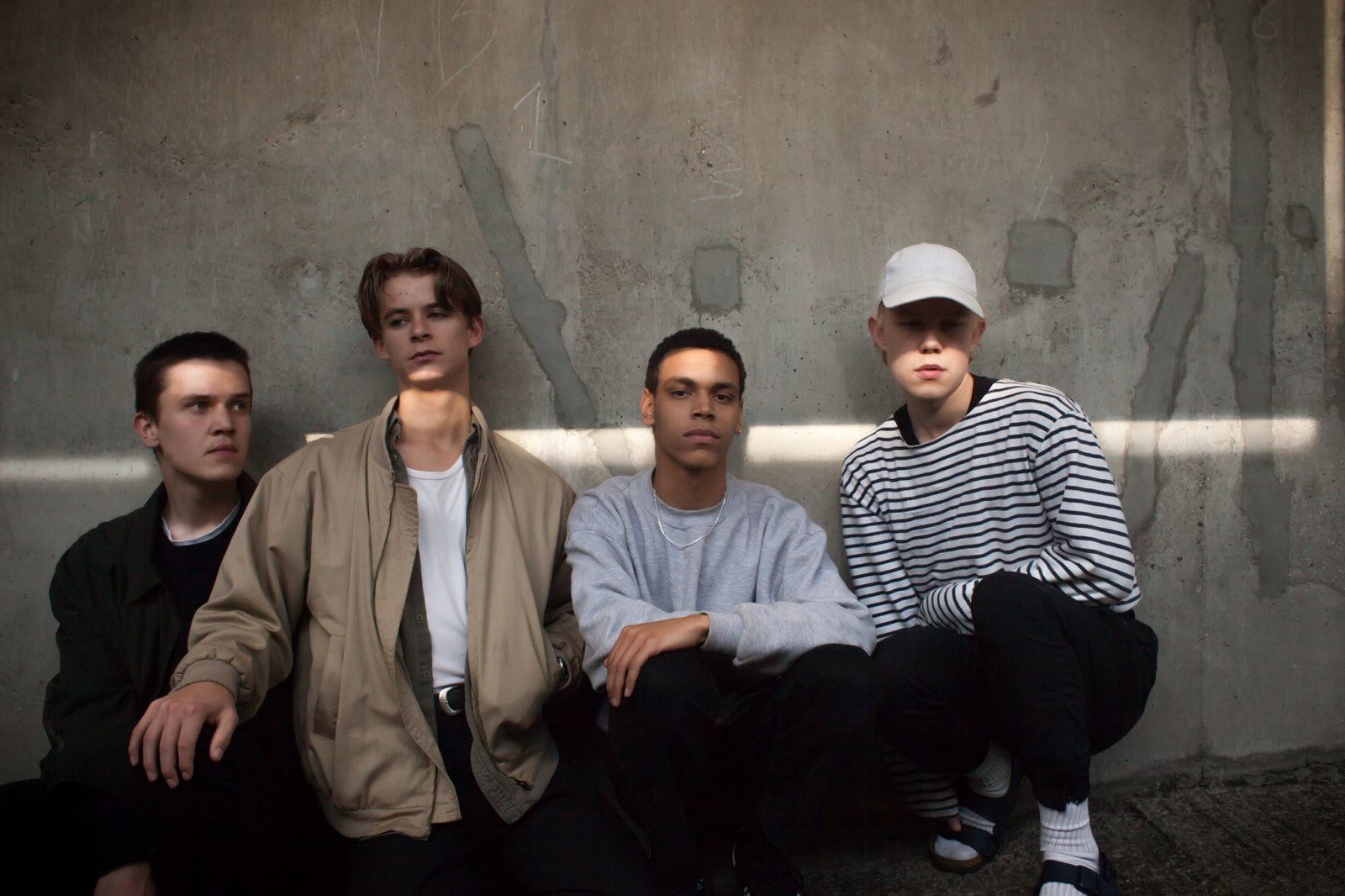 A Danish five-piece who look super young but who make smooth and silky awkward teenage R&B pop. Early days yet, with only two songs online, but as they showed in Simplon, they’ve a lot more to give. The singer has a voice like Terence Trent D’Arby.

Guts would be a great addition to almost any festival. The producer draws his music from his vinyl collection passed along to him of grooves, funk and soul that come out via a sampler. On-stage he’s joined by a trumpet player Leron Thomas, a singer, rapper and three other players. ‘Want It Back’ is the highlight, extended jazz-style in the Minerva Art Academy to maximise singalong and earworm status.