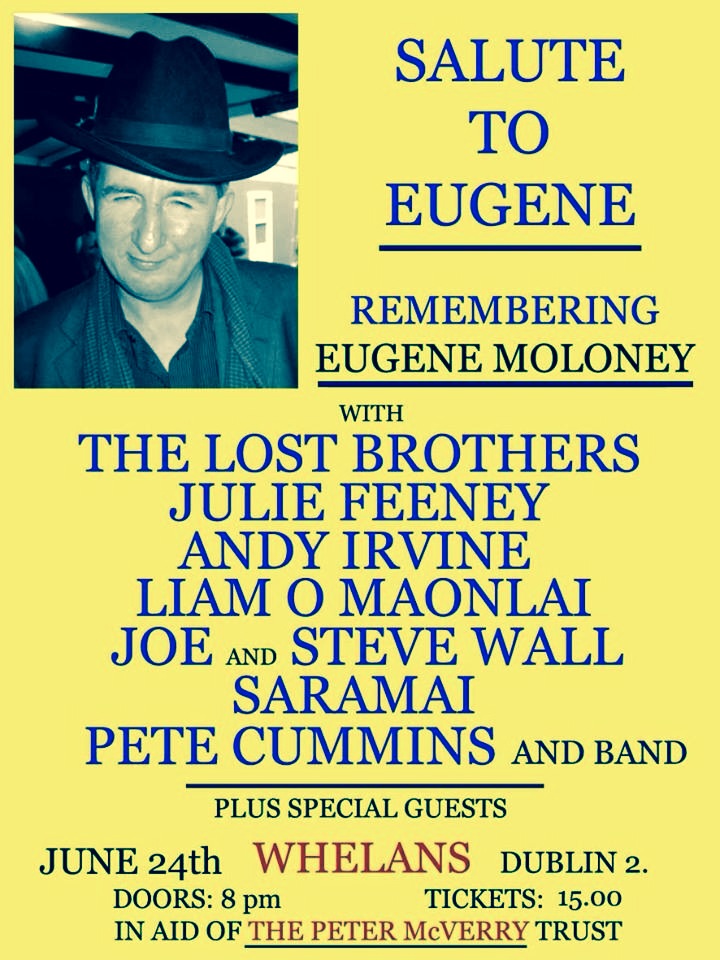 Two years ago this month, June 24th 2012, journalist Eugene Moloney was assaulted on the way home one night on Camden Street. A single blow to his head by his attacker killed him and he died on the street. The killer was sentenced to five years in jail for manslaughter with two years suspended.

Moloney, a then 55 year-old Donegal man who worked for Independent newspapers and was freelancing at the Irish Daily Mail, was a huge fan of music and as such, his friend Oisin Leech of the band The Lost Brothers and Pete Cummins of Fleadh Cowboy are putting on a night of live music, in aid of the Peter McVerry Trust, and in salute to Eugene two years to the night of his death.