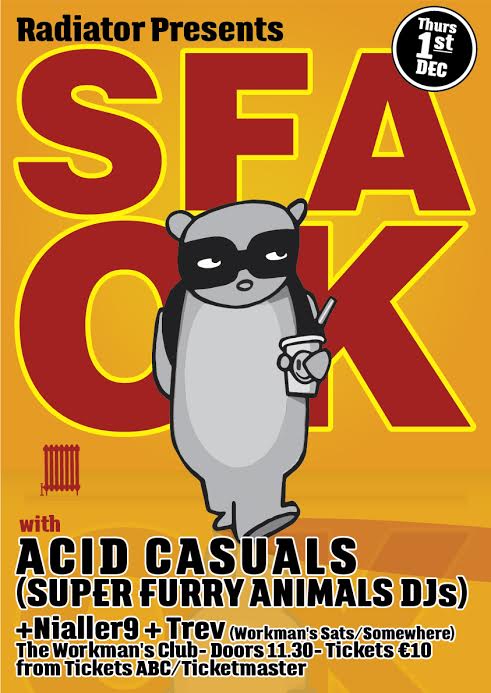 Afterwards, the band’s Cian Ciaran who has released dance music as Acid Casuals will be playing an afterparty in the Workman’s Club courtesy of Trev.

Support on the night is from myself Nialler9 and Trev Somewhere/Workman’s Saturdays, who are both huge SFA fans.

The band are releasing deluxe versions of Fuzzy Logic and a best of.