Oxegen – I ain’t going back to my old school 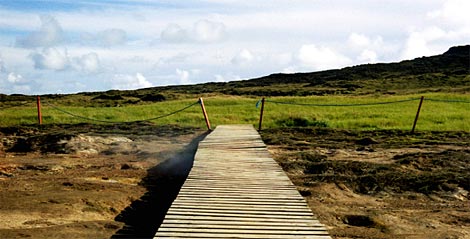 So I’ve had a chance to hear this mix since mentioning my uneasiness about Aesop working with Nike. It’s a very decent 45 minute mix of organic sounding instrumental hip hop with repeating phrases and verses throughout. Aesop explains his reasoning on why he chose to work with Nike and how he approached making it:

Being linked to fairly open-minded, independent record labels for my whole life has had its perks. For the most part, I can create whatever I want, however I want. That said, one of the main things I found attractive about the Nike+ Original Run project (oddly enough) was the simple fact that there were rules. Nothing too restrictive, just a basic guideline of what the track needed to accomplish and a timeline of how the track should build, peak, and settle.

Somehow, I came to find these guidelines refreshing. Creating the track came to be as much about puzzle-solving as it was about making cool music. I used it as an opportunity to reach for my bass or keys instead of digging through vinyl first, which proved to be another interesting flip in my usual approach.

There had to be a new element every 30 seconds or so (a new riff, a new layer, a new drum pattern) as other elements faded into the distance. Basically, I had to keep the scenery shifting while maintaining the “push.” Setting this as my goal allowed me to dabble in some sounds that I had never tried before. After the body of the music was mapped out, I was able to decorate the “scenes” with occasional vocals or chants that really helped to flesh out each landscape. I didn’t want to make traditional choruses or overly simple hooks, but I also didn’t want to go off on long vocal tangents that might be distracting. I ended up creating sporadic vocal sections, each with the characteristics of a chorus (a catchy pattern, a repeating phrase). But, I tried not to shy away from the “visual” aspects that I usually create with dense lyrical verses. I wanted to leave a trail of recognizable bits and pieces that the runner could save in his or her head throughout the course of the song as the orchestration grew and changed.

Have a listen to the first section from the mix and see what you think: