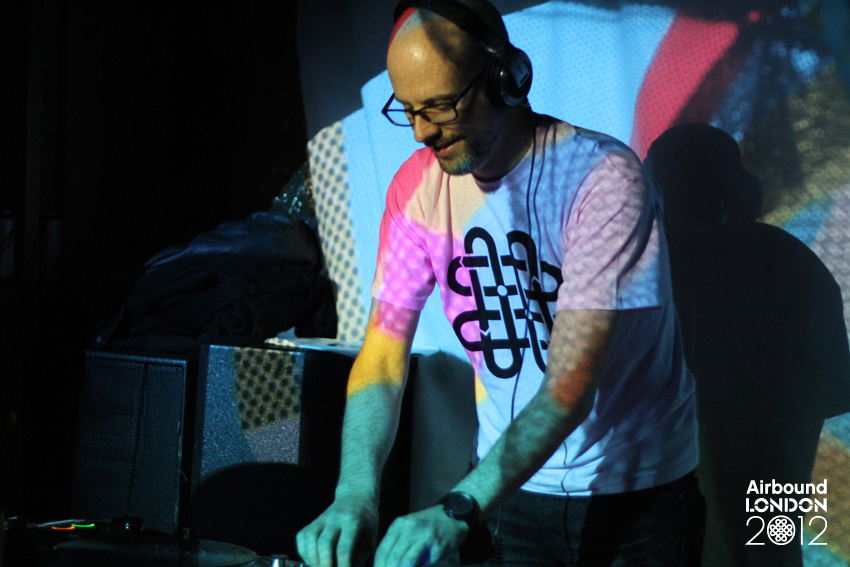 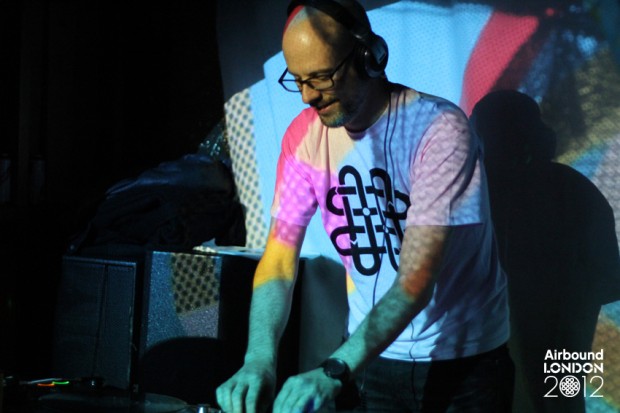 Next weekend, the annual Airbound party weekender takes place once again in London. It’s the fourth year of Airbound having taken place in London, Berlin and Croatia previously. Featuring a cast of Irish and International DJs, the event starts Friday March 29th and goes right through the Good Friday weekend  including a night-cruise down the Thames on a replica of a 19th century Mississippi Paddleboat, a warehouse party, and a last supper BYOB meal.

I spoke to Jon Averill, Dave Redmond & Steve Manning, representatives of Airbound from Shock World Service, Nightflight and Hidden Agenda respectively who are part of the Airbound crew.


How did it it start in London in the first place?
Jon: It just seemed like the next logical step, we wanted to do something but outside of Dublin, a lot of people – myself included had left Dublin for London due to the economic conditions or just apathy & even now there still seems to be a steady trickle of people moving here so we already an audience to start with. London’s different enough to feel like a holiday for people & near enough that people can get away & be back at their desk in work on Tuesday morning, hopefully.

“At one stage the festival was going to be called ‘Lovely Hurling’.”

How big is the expat element to the event?
Jon: Obviously we could not have done the first London party without it but word is spreading beyond our circle of friends now & there seems to be more & more Irish arriving in London by the day. We have pretty much doubled in size every year so I would say our core are expats with Londoners making up the rest.

You then went to Berlin and Croatia? How did they compare?
Steve: We had been to Croatia on holiday for the Electric Elephant festival and after some late night beers in a speakeasy in Petrcane it was decided that if we all got together we could do host our own festival. It took many heated meetings (at one stage the festival was going to be called ‘Lovely Hurling’) but the hard work paid off and it turned out to be a huge success with the now infamous boat parties on the Adriatic living long in the memory.

When we returned to Dublin we sought out other European locations with an aim to making Airbound a nomadic festival. We had an opportunity to do a party in Berlin which was on much smaller scale than the Croatia event and the large volume of Irish diaspora meant it was a great get together.

Dave: Croatia was in incredible, the setting, the music and the people combined to make it an unforgettable party. I think it’s pretty much impossible to compare it with London as the layout and structure are totally different. The one comparison that could be made between all the parties is the unique atmosphere of friends coming together to dance and have fun. Jesus “Lovely Hurling”! Forgot about that! 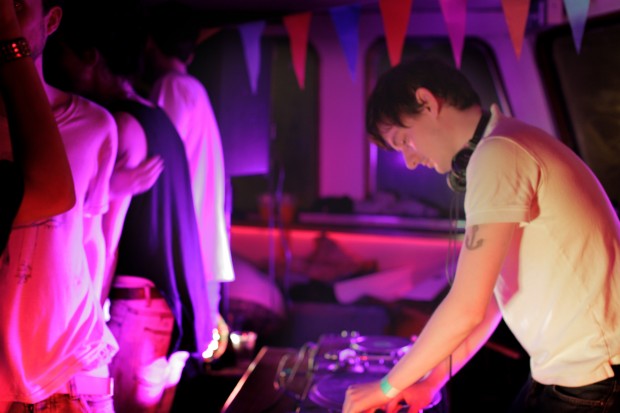 How much of Airbound relies on the Irish mindset and creativity?
Jon: 100% really, it’s organised by four guys in Dublin & one in London & the concept for year one was just 120 people on a boat & spend the rest of the weekend in London. Now we’re trying to give people as much as we possibly can at every event so it’s really an Irish event, just in a different country & as such I do think there’s something a little different about it.

“That goes some way in explaining what Airbound is, a showcase of Irish talent abroad that provides a setting for friends new and old to come together and party.”

I know from living here so long the London mindset is 100% about who’s playing the event & even then there’s so many amazing line-ups here every weekend that it’s not hard to become impassive. I think what Airbound is really about at it’s core is people who are great friends who don’t see each as much they’d like to getting together for a party.

We hope ESB will make an ad about us one day…

Dave: Yeah I couldnt agree more with Jon. Last year we brought in four international bookings and the feedback afterwards was firmly in favor of the Irish acts that had played as opposed to the international guests. I suppose that goes some way in explaining what Airbound is, a showcase of Irish talent abroad that provides a setting for friends new and old to come together and party. 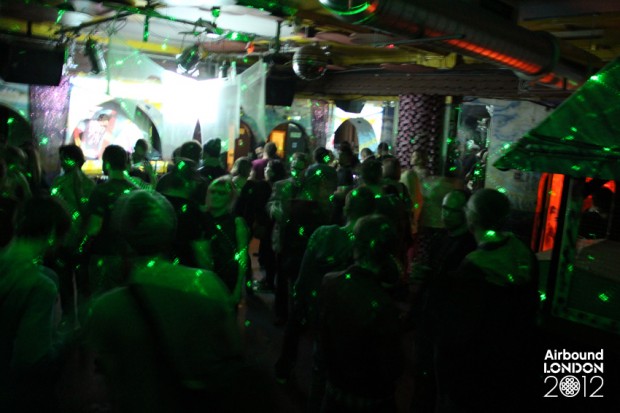 Does it reflect what’s going on with Irish dance music at the moment?
Jon: We’ve tried to have a good mix of acts from London & Dublin this year. White Collar Boy, Shocko (originally from Derry & definitely one to watch) will be representing as well as another Dublin producer who we can’t announce till the night as he’s playing another London event the week after. We’ve also got a few Dublin crews represented such as Mother, Nightflight, Hidden Agenda & This Greedy Pig so I think Dublin is represented pretty well this year.

Dave: Yeah I think it does and always has. The spine of the event is the Irish crews and acts that come and play. This year External Sounds (Drogheda) return to play the boat as well as expats like Saoirse Ryan, Dave Magnier and Paul McCarthy who have all made the move across the pond and are making waves with their musical exploits. I’m delighted to be joined by my old friend the Drifter AKA Mark Flynn for a special set on the boat also.

Tell me about what to expect from London this year in terms of venues…
Jon: Sure, I think this is the thing we’ve worked on hardest to improve for this year. Last year we weren’t that happy about the boat we hired, it was too small & bar queues were huge so really improving that that was our starting point for Airbound 2013. We spent a few weeks researching boats & couldn’t find anything that was better in terms of size & quality on 2012. I then took a walk down by the Thames until I stumbled across a boat that I initially thought was a floating restaurant. I got in touch with them & found we could rent it, it costing the price of a small car but we think it’s worth it as the centrepiece for this year’s festival. It’s a replica of a 19th century steam paddler & It’s basically got everything we’d ever want, one floor is a massive dancehall, the other is a bar. It’s the best space we’ve used for Airbound so far. We can’t wait for everyone to see it.

Another added feature we’re delighted about is the staff at The City of London have to arrange to stop traffic & raise Tower Bridge when we pass through as the boat is too large to sail underneath it!

For the after-party again we decided not to use our regular venue & go for something different, finding this actually was the most time consuming part of the whole event. We think we’ve got the perfect place though, it’s a photography studio by day & is very close to where the boat disembarks so rather than the energy from the boat party dissipating we’ll be able to pretty much pick up where we left off. 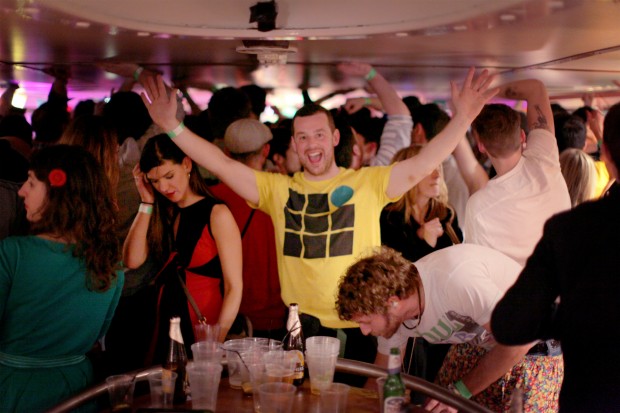 Dave: We will also have an early morning party although we can’t say much about that yet! In the past this has proven to be hilarious on many different levels….

DJ wise, what have you got lined up?
Jon: Since we started out the festival we’ve always tried to book Optimo DJs, between all the guys involved we all agreed they’re our favourite DJs. Every year though the dates didn’t match up for us & even this year they weren’t available until Jonnie Wilkes became available last minute. We know he’s going to be a perfect fit for the after-party & is paying a 3hr set for us. We’re also looking forward to the live set from White Collar Boy who played our Nightflight NYE party & really impressed everyone. We also have French house producer Château Flight playing, as mentioned before; Derry produced Shocko who’s doing some really nice productions right now, somewhere between bass & techno in style. We also have a good mix of Dublin DJs mentioned above & London crews like Bixon, Way Back Here, The House of Disco & Dropout.

Dave: Yeah Optimo has been a goal from day one and its brilliant that its finally happened, for me Jonnie is one of the best party DJs in the world so Im very excited about seeing him play an Airbound party. We have Permanent Vacation newbie Mark Flynn as mentioned earlier on the bill for the boat and lots of talented friends that fill out the rest of the line up including Dave McDonagh, Fratboy Babestealer, Hugh Fowler, Anthony Mooney and Hugo Johnson.

What your single best moment that has summed up Airbound thus far?
Jon: I’d have to say DJing last year on the boat for me – It’s a cliche but Irish crowds really do seem to create an amazing atmosphere and the last hour on the boat last year was something really special.

Dave: That is a toughie! The tranny-run afterhours party last year will forever be etched in my mind! I think Fleetwood Mac has probably soundtracked some of the best moments of Airbound for me, always seems to be a special moment.

You’re doing a meal this year? How so?
Jon: Yeah, we’re trying to add some more elements to Airbound besides music this year – some of the guys behind Sett Food in Dublin have a project over here called The Hackney Dinner Society which is a similar concept.

They’ll be organising a dinner for some of the people who are over on the Thursday night. It’ll also feature comedy from Hugh Cooney. Keep an eye on our Facebook page for more details.

Tickets for Airbound are €25 available from Resident Advisor.