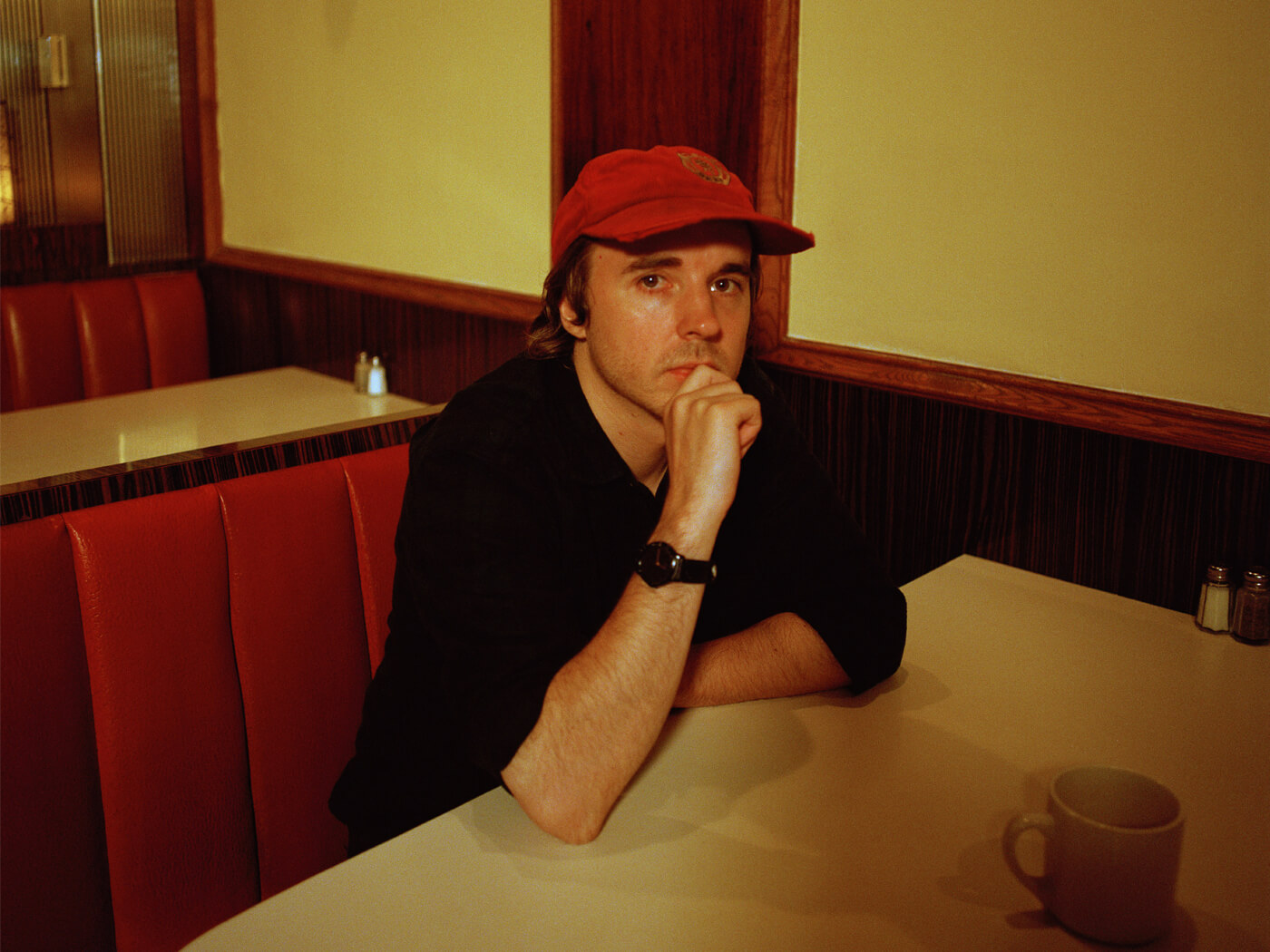 Canadian folk-artist Andy Shauf’s fifth album The Neon Skyline is about moving on, which a funny way to articulate the process of recovering from a separation.

The 11-track project is an exploration of heartbreak with the pacing, foreshadowing and character writing of a novelette. It has a beginning, middle and resolution.

However, the journey to that resolution is not straight forward. Temporal leaps, sombre drunken daydreams and the temptation of physical contact drag our protagonist to and fro.

That protagonist is voiced by Shauf, in the first person. The Neon Skyline named after the Toronto bar in which most of the album’s events unfold, is strikingly dry. Shauf’s penchant for the everyday vernacular faithfully retold is so strong that at first, it may come across as unpoetic.

Take this fragment from the second verse of the album’s opening track (its namesake). ” I looked in my fridge, it was a dark scene so I buttered some bread. / Chewed my way out the door and walked down the street / To The Neon Skyline.”

This grounded lyricism is well suited to the story Shauf wants to tell. He, accompanied by his close friend Charlie and later Claire, drink in their local bar while the protagonist misses his ex named Judy – who appears at the beginning of the album’s third act. They then take off to local nightclub the moon before our protagonist grapples with some notion of closure.

So, The Neon Skyline is fairly low stakes then. This is not detrimental. Each of the album’s 11 songs revels, if not thrives, in the everyday vernacular of an artist “wasting time, sometimes there’s no better feeling than that.”

‘Living Room’ is a meditation interrupted. Our protagonist’s own narrative is momentarily superseded by that of his drinking buddy Claire’s.

Brevity is key here. Shauf set’s up ‘Living Room’s’ premise in two short lines. Nine lines following are written in the first perspective. Nine lines from Claire which deal and think upon themes not at all related to the rest of The Neon Skyline. Like catching eyes with a stranger passing on the street, we’re briefly reminded that the world is not just our own – sonder.

The arrangements throughout the project boast a near Paul Simon-esque optimism at their very best, as on the superb ‘Try Again’, ‘Things I Do’ and ‘Neon Skyline’. Shauf has attributed much of his songwriting impetus to the piano, though I feel the guitar sounds out as the artist’s most faithful companion throughout the album.

However, with the exception of a few golden moments, the chorus melody on ‘Try Again’ and the clarinets and mellotron on ‘Where Are You Judy?’ the arrangements on The Neon Skyline mostly serve to play host to Shauf’s human storytelling. Most likely, you’ll be drawn to Shauf’s lyricism or not much at all.

Much of the context to the story Shauf tells is conveyed in small, throwaway lines and references. For instance, the closing couplet on ‘Try Again’ (“And somewhere between drunkenness and honesty / I make a silent toast to the things that I do and don’t miss) probably doesn’t have the impact it would had you picked up on the references to Judy’s infidelity on ‘Things I Do’ (“You pushed me away from him”) and later again in ‘Firetruck’ (“When you said that you were coming home / And then I waited up ’til four in the morning”).

The same goes for the small details. Bartender Rose laughs at Charlie’s choice of Merlot in the album opener, much in the same vein that Judy proclaims “I forget that you’re such a fancy guy” in reference to the same thing during ‘Try Again’. Charlie and his damn wine.

The Neon Skyline‘s conclusion is as low key as its setup and middle were. ‘Changer’ is the most languid of all the tracks on the album, leaving the distinct impression that not much has really changed. Shauf has ” found my way back home, oh, I’m already bored.”

Not that we, the listener, mind all that much. I don’t think those paying attention during The Neon Skyline were expecting some sort of grand enlightenment from it.

The 30 minutes and change was just one very ordinary night out for someone nursing a sore heart. There has been many like and it and most likely more to come. We didn’t come for that. After all, we were just wasting time and “sometimes there’s no better feeling than that. ”

Listen to The Neon Skyline in full below.