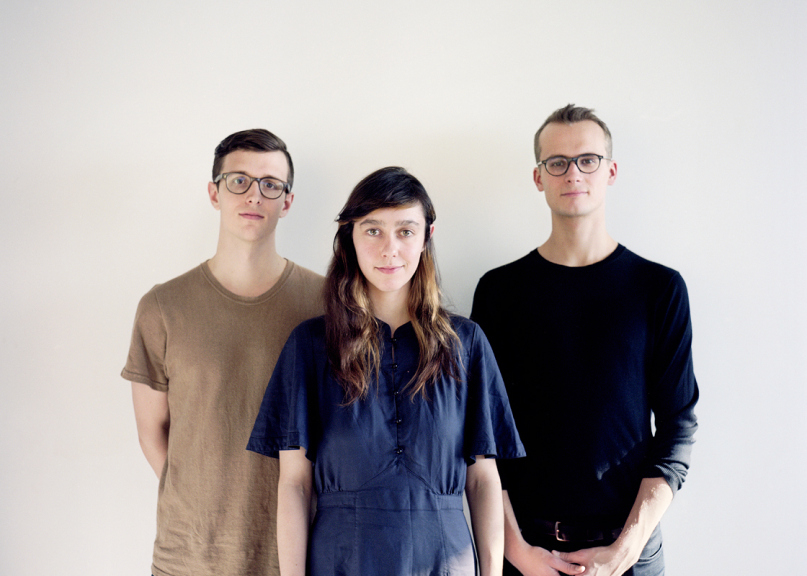 
The music of Montreal via Calgary band Braids has often been characterised by skittering digital production, synthesizer sprawls and pastoral folktronic sounds. It was often pretty but difficult to feel any great affinity to – the kind of thing you’d enjoy in passing but rarely seek out for repeated listens.

Third album Deep In The Iris relies less on the atmosphere it creates this time around and instead lets the music and at times heavy lyrics speak for themselves. Where before, the three-piece band were hazy and obfuscated in a cloak of noise; the approach on Deep In The Iris is effectively more song-based and there’s a clarity to it that makes it worth repeating.

Recorded in the mountains of Arizona, Vermont and upstate New York, Deep In The Iris is a close cousin to the music of Hundred Waters, though Braids’ feels warmer than the Florida band’s last release. Sustained piano, whirring synth and jazzy live drums are the record’s musical mainstay, aided by electronic effects that warp and push things just enough into another place. Raphaelle Standell’s vocals lead the way, rather than being part of the tapestry, she is the leader.

Standell’s voice can hit a sustained high note and it’s used effectively as a hook on ‘Blondie’ and ‘Mini Skirt’ as the music crashes and erodes around her.

But it’s Standell’s lyrics that have made a giant leap into directly relaying often personal and uncomfortable things. “We experience the love we think that we deserve and I guess I thought I didn’t need much from this world,” goes the chorus of ‘Taste’, with Standell referencing herself and relationships specifically – “and we can’t explain why we hurt the ones we love most of all.”

As the album progresses, things get deeper. ‘Blondie’ appears to reference at the very least, highly uncomfortable and inappropriate physical contact from a step FAMILY MEMBER. That song and the next, ‘Happy When’, seek escape from a situation – “I will leave this place, see me running.” “I want to love myself out in the field, I’m kissed by the sun, away from everyone.”

‘Miniskirt’ is the most direct Braids have got, an uncompromising look at the male gaze; the song’s words are delivered with a indignant tone that is not commonplace in music that could be labelled folktronic. “You feel you’ve the right to touch me because I asked for it,” Standelle sings set to growing synth line.

Once the song breaks into percussive mode, it gets more personal and distressing, confirming a possibly very-true uncomfortable past, in which Standelle and her mother were turfed out of their house by former partner of her mother’s and were forced to live in a woman’s shelter for nine months.

“There was once a man who was proposing to love us all of us / instead he is full of hate himself, towards his bait and everything he touches is for him / my mother’s soul he devours with a grin,” she sings in a way that results in stomach knots and chills for the listener. We’re not in experimental chillwave territory anymore.

That Braids, and particularly Standelle, has given us a direct retelling of such heavy topics and experiences is more than brave. Most bands don’t sing about anything of worth other than in platitudes. Standelle is sharing herself with us. That these painful things are packaged up in often beautiful and memorable music perhaps make it easier to listen. The strength of these words grow stronger, as does maybe the inherent human hope to be found in the them, the deeper you go.