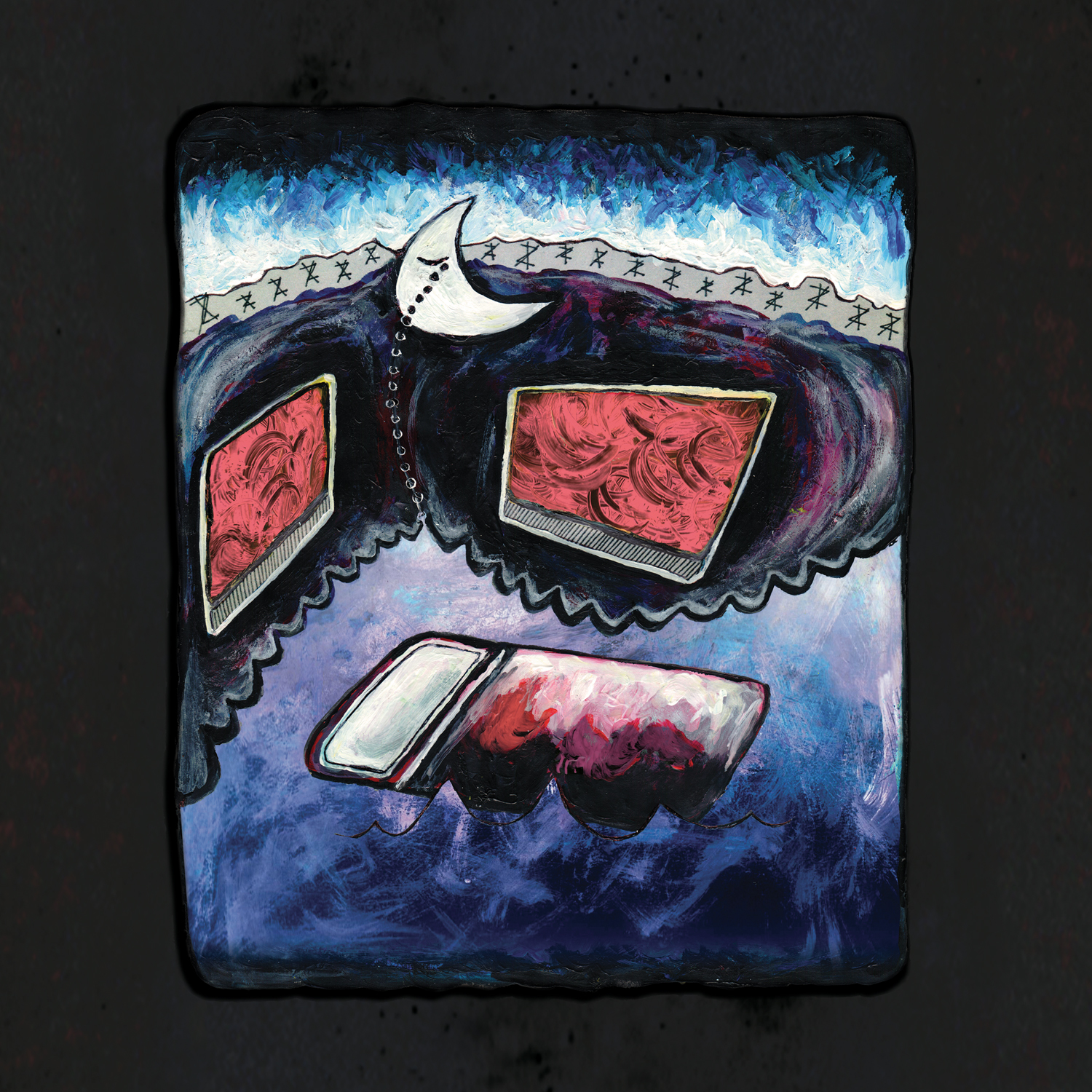 
The Gainesville Florida band Hundred Waters‘ first album was a cherishable collection of abstract folk with pastoral and electronic-sourced sounds colliding in a lush and warm package.

If you were being reductive, or time-saving, you could have called it folk-tronica. For their second album, The Moon Rang Like A Bell the band’s arrangements have shifted further away from a clearly-grasped sphere of genres into a sonic place that features a few describable things: piano-lead ambience, digital instruments, the minimal atmospherics proclaimed by the xx and skittering percussion. But much of the magic of Hundred Waters is in the undefinable.

The Moon Rang Like A Bell is less tangential to folk. The band’s music has taken on more of its own identity. They sound more comfortable all-round. What is common with the debut album is a dedication to the creation of beautiful sounds.

Whether it’s the cascading piano notes of ‘Out Alee’ which dance like a phantasm, the pitch-shifted heart cries against resounding piano chords in ‘Murmurs’, the synth-drops-like-whale-noise background instrumentation of ‘Xtalk’ or the xylophone-shake to ‘Down From The Rafters’, the album moves from peaks to restrained, yet sumptuous inhalations.

Key to the band, as ever, is Nicole Miglis, a breathy vocalist who serves as an enticing and binding presence. Her gentle pitch is key to the otherworldliness Hundred Waters create.

The lyrics feel more grounded this time around. ‘Xtalk’ has Miglis sounding exasperated – “All that I want you to take from me / Is just my hand when I’m walking,” while “40 lakes I’d wade through / but my boat it was taken too / by who I cannot tell you / for they took my tongue too,” on ‘Animals’ or “summer came in a flash of fire / rolled out its swirling tongue round me,” on ‘Seven White Horses’ are examples of depth that is communicated, even if it’s obfuscated by the sheer melodious nature of Miglis’ voice. When it’s not, as on the opening a capella ‘Show Me Love’, it’s still devastating in its purity.

It’s the overall effect of the voice set against the elegance around it that gratifies. There is light and murkiness within this album’s 12 tracks. There is complication and simplicity existing at once in The Moon Rang Like A Bell which continues to draw me back in.