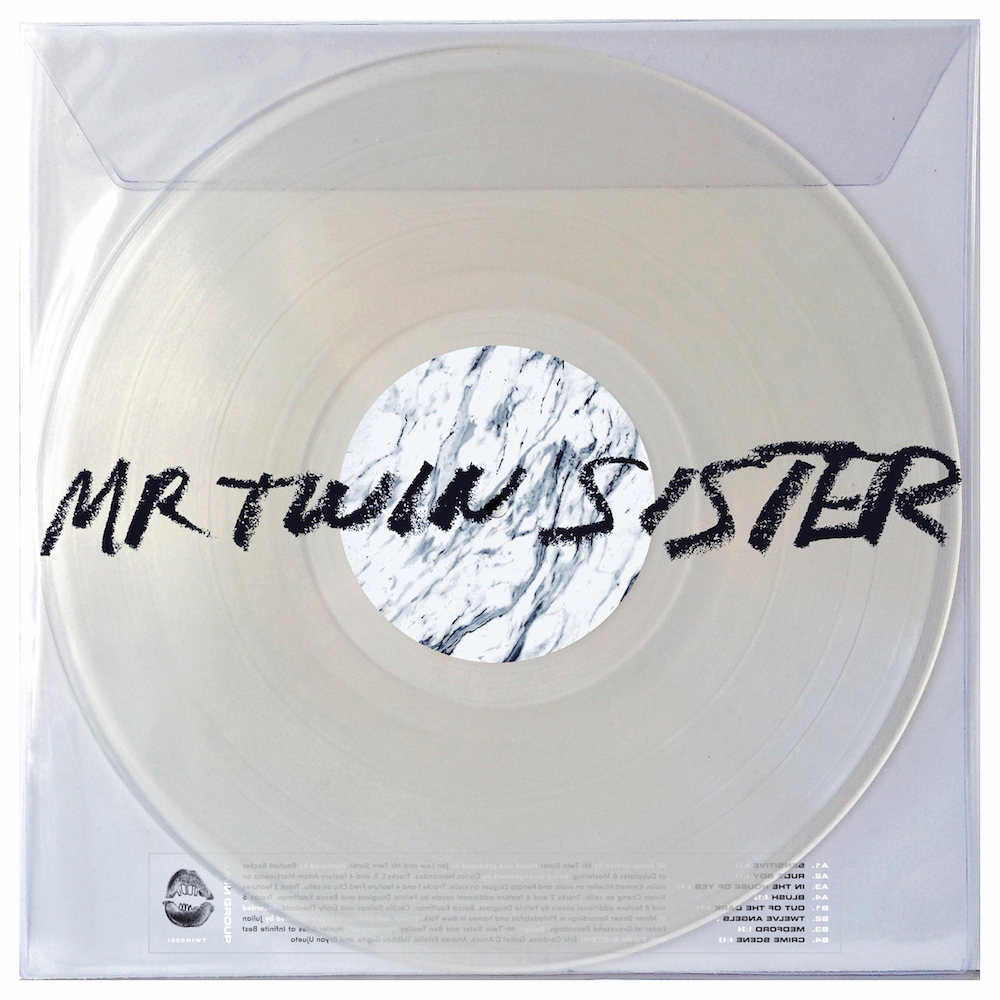 Watch the video for ‘Lakes’ from new Dublin band Sails


Mr Twin Sister’s (or Twin Sister as they were then known) debut album In Heaven was released in 2011 on Domino after two fine EPs of dream pop music. Featuring a more expansive version of themselves that took in synth pop, new-wave, indie-pop, disco and funk.

Three years later, the band have returned to the independent route under an altered name and with an altered musical outlook. That album’s disparate swatch of styles could be credited to the band’s different tastes. As Dev of the band told me at that time – “One thing all of us agree on is music that will make you move a little bit, that has a groove that unites everything.”

The band were in a car crash last year on tour that put them all in hospital but thankfully, with no critical injuries. They were lucky. The experience has strengthened their friendship, and possibly their music too. On Mr Twin Sister, they are united under the groove.

The eight tracks on the self-titled second album are definitely night-time grooves, which occupy the same mood without jumping around from genre to genre, and as an album it works wonderfully, because Mr Twin Sister have an attention to the small details that stands to them when they delve deep into genres like disco and funk.

It’s there in the opener ‘Sensitive’, where the arpeggiated synths rise to meet a suave suspended rhythm, propelled by minimal bass notes and singer Andrea Estella’s whispery treated vocal. It’s a billowy sophisticated entry point, an effective scene-setter that leads to two of the best songs on the record, the twinkling disco stomp of ‘Rude Boy’ and the propulsive noir-disco of ‘In The House Of Yes’ with real string arrangements and expressive piano adding debonair.

There are callbacks, probably unintentional and possibly heard only by me to two disparate well-known songs: ‘Rude Boy’ has a stirring background noise that sounds like Jazzy Jeff and The Fresh Prince’s ‘Summertime’ while ‘In The House Of Yes’ actually reminds me of the main melody in the ‘Macarena’. More fun observations than homage.

When not strutting the disco step, the band show they can still do dreamy too. ‘Blush’ is a luscious song that calls back to the band when they were without the “Mr”, as does the vintage-sounding acoustic-lead sparkle of the closing track ‘Crime Scene’.

Estella’s lyrics suit the vibe, their disco-noir sound is escapism and she often seeks to escape. ‘In The House Of Yes’ she locks herself in her room, drinks to a stupor and dances on her own own til her head is on the ground. ‘Rude Boy’ finds her rejecting the advances of an opposite (“I have all the drinks i can handle”), content to exist in the space. “Is there a real me? Or am I just a series of nights,” she sings on ‘Blush’. The thrilling ‘Out Of The Dark’ has her questioning identity too – “I am a woman / But inside I’m a man / And I want to be as gay as I can.” The Johnny Jewel-esque ’12 Angels’ has someone singing about being in drag to reinforce the theme.

Despite the album being united in tone, there’s a sense that Mr Twin Sister aren’t settled. It’s in the artwork which is deliberately unfinished and packaged, it’s in the 37-minute running time and it’s in the new name. The altered band have reset and are heading in their own independent direction and making great music as part of the process.

Album of the week: Caribou – Our Love