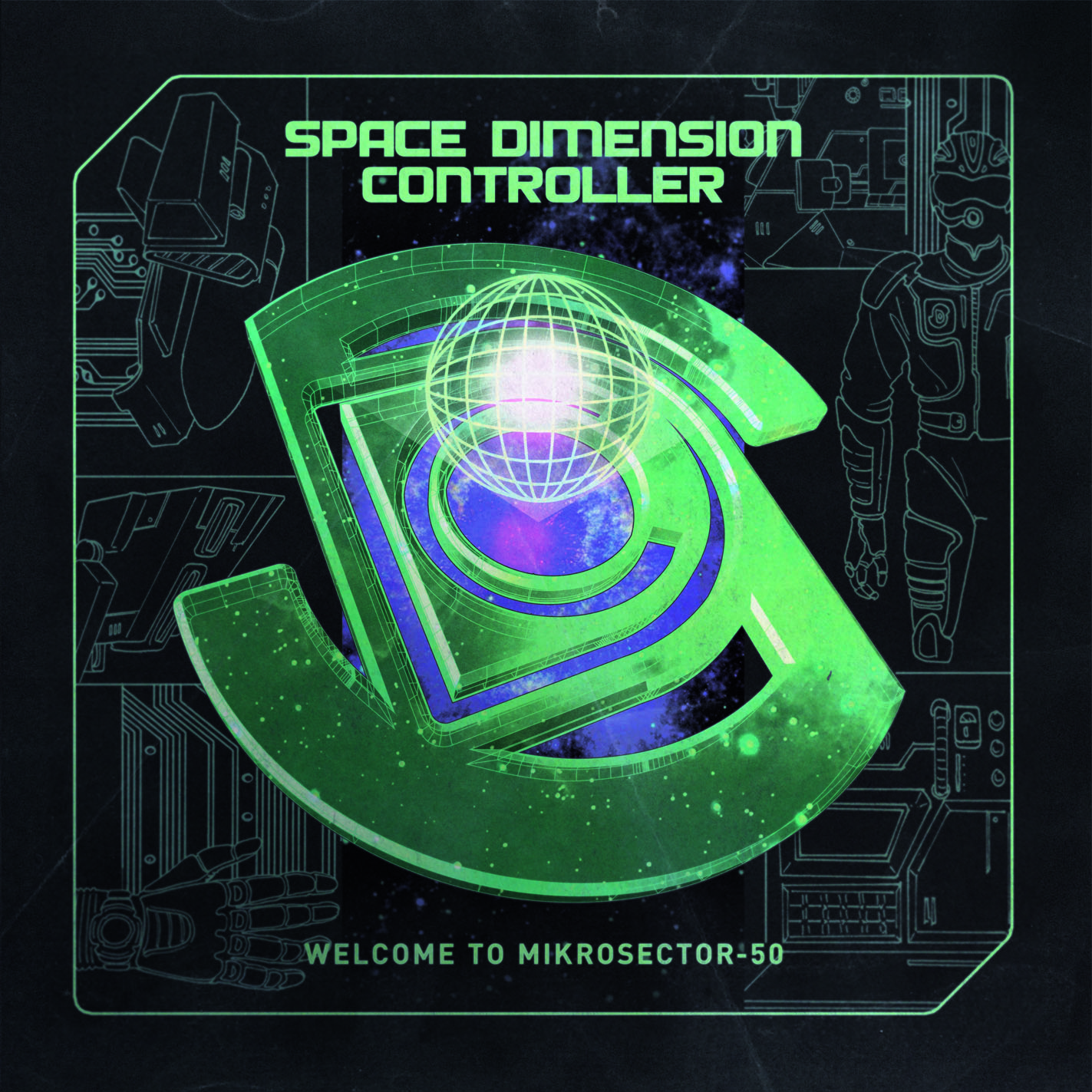 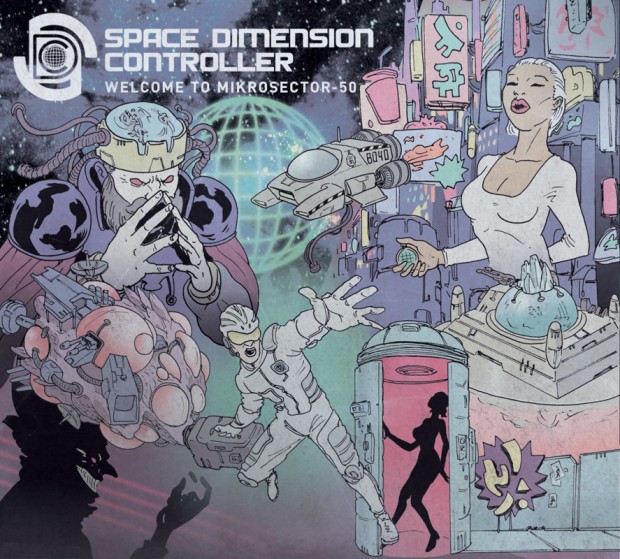 Let’s talk about concept albums for a minute. Taking an overarching concept or theme more suited to a cinematic medium and applying it to an audio experience is one thing, but to do it so, a) it doesn’t come across as a pompous pretentious mess; b) endures on repeat listens without getting tiresome; and c) adds to the actual music, is a difficult thing.

When it works, it helps an album’s legendary status and feeds the mythology, see Pink Floyd’s Dark Side Of The Moon or Sgt. Pepper. Or on more recent examples, Daft Punk’s Discovery, Flaming Lips’ Yoshimi Battles The Pink Robots or the loose thematics of El-P’s Cancer 4 Cure, it adds a unifying thread to a record that lifts them up beyond a collection of songs to an album. When it doesn’t work? You get an entire ’70s prog album about King Arthur.

While Belfast producer Jack Hamill’s debut full-length LP, Welcome to Mikrosektor-50 echoes Discovery in its retro sci-fi glow and concept, musically the Space Dimension Controller album explores the exotic world of ’80s sci-fi techno/funk rather than kitsch sounds. Welcome to Mikrosektor-50 is on the surface, in thrall to the sounds of the ’80s rap breakbeat explored by Afrika Bambaataa and Egyptian Lover.

The concept of the album is centered around Mr 8040 (Hamill pitched down and putting it on) who returns to his home planet Mikrosector-50 where he’s hoping to get his old life, and girl back. This narrative is explored through Mr 8040’s ’80s-sounding bodyrocking raps, the sounds from a VHS sci-fi vision of the future and ’80s “galactic funk”.

That cybernetic funk style is established early on with ‘Mr 8040’s Introduction’, a cowbell and digifunk rap track which segues into an advertisement soundtracked by the most ’80s sounding pop/rock Van Halen-esque guitar you’ve ever heard. That segues into the audacious title track of treated ’80s funk licks, vocodered vocals, synth stabs and Mr 8040 spouting aged lyrics like “There’s music playing, people dancing and everyone’s getting down / this place is for me so come on y’all let’s move around”.

While ‘You Can’t Hide My Love’ successfully mixes the funk lover lyrics to a genuinely big pop hook into a big electro jam, much of the album’s strengths lies, in its genre-reaching instrumentals. The lush light intro of ‘2357 AD’, the billowy R&B of ‘The Love Quadrant’, the tension-building ‘A Lonely Flight to Erodru-10’, the techno frenetics of ‘Rising’ and the early Daft Punk-house of ‘Back Through Time With A Mission To Groove’ are the most enduring tracks.

These meticulously arranged electronic soundscapes become the highlights and Mr 8040’s mission is relegated to a cheap laugh, a slightly annoying caricature that only contributes to narrative interludes rather than in a musical fashion as he does in the album’s first half.

Welcome to Mikrosektor-50 is at its best when its using the concept of nostalgic sci-fi electronica as information for the sounds it uses. The guitar solos, vocoder, digital bass, ’80s synths and future-funk raps add texture to reinforce the theme rather than bludgeon it with a somewhat hokey story. It works best when the narrative is less literal and lets the music speak for itself. But it remains a frequently a thrilling listen; a ridiculous showcase of audacity, of production and a fun immersion into this high-concept world of galactic electro-funk.

An SDC interview about the album with RA.