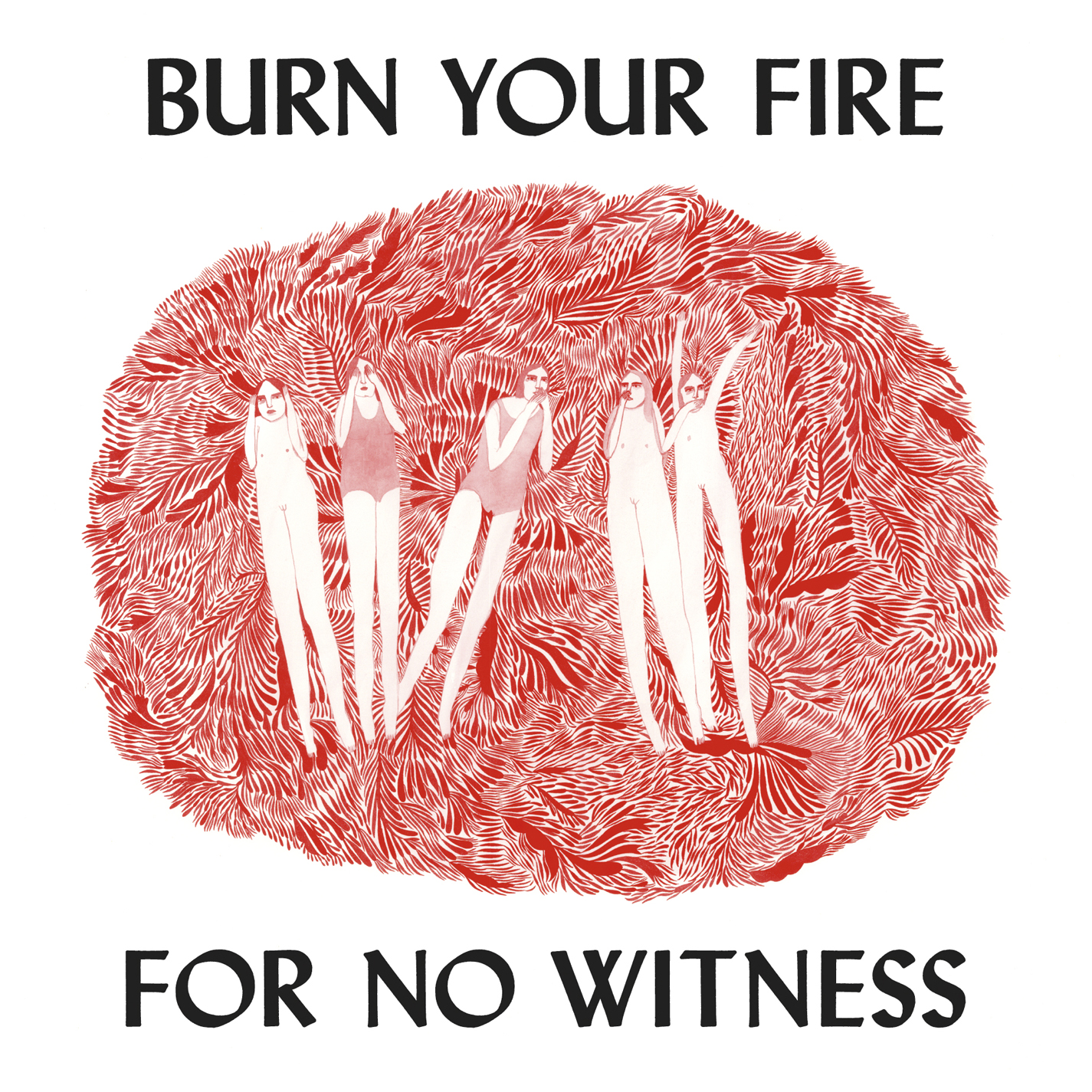 
When you have a voice so striking you could hang a hat on it, it’s probably a good idea to hang your songs on it too. Angel Olsen’s 2012 debut album Half Way Home introduced us to the Missouri singer’s deep country-folk vibrato that sometimes sounded like an entrant in a yodelling competition and musically, was set to throwback acoustic folk. She was an otherworldly attraction.

The followup, Burn Your Fire For No Witness (Jagjaguwar) still relies on Olsen’s distinctive tones to draw you in but the songs hold you closer and Olsen reveals more of herself in the process, while expanding the arrangements to include a rock band at full tilt, devastating acoustic songs and poignant country-folk.

Burn Your Fire For No Witness is an intimate record but it does not remain quiet and reserved. The title comes from ‘White Fire’, Olsen’s darkest moment yet, a desolate ember of a song in which, over seven minutes, she advises “if you’ve still got some light in you then go before it’s gone / burn your fire for no witness / It’s the only way it’s done,” after recounting her attempts to shake her despair.

The song’s depths are new for Olsen who lyrically, is at her most revealing and musically at her most convincing and honest. There has been heartbreak, that much is clear. When she high-fives a stranger on the stomping glam rock of ‘Hi-Five’, she’s revelling in her loneliness and a relationship breakdown. ‘Forgiven/Forgotten’ is the loudest song on the album and works as a defiant punch about relationship absolution and resolution – “I’ve made up my mind / I’ve wasted my time.”

Production by John Congleton helps the feeling of intimacy (her first one was self-produced) and provides some range to the songs, exemplified by ‘Dance Slow Decades’ which shifts from taut electric guitar accompaniment into a lonely comforting swirl that lifts with the words – “I dance because I know this one”.

‘Windows’, the album’s last song is a neat amalgamation of Olsen past and present that hoists things above a couple of less memorable tracks in ‘Stars’ and ‘Iota’. Olsen’s screechy tones of old are intact but somehow more sensual and truthful. There is a greater attachment to the sentiment matched by an arrangement that builds to match it. “Won’t you open a window sometime? / What’s so wrong with the light?”

If Olsen sounded distant and unearthly before, on Burn Your Fire For No Witness, she is emotionally baring, whispering uncomfortably close in your ear or sometimes dancing around you, a real person, hanging her songs and her voice on relatable and knowable experiences.

The album is streaming on NPR for a limited time.