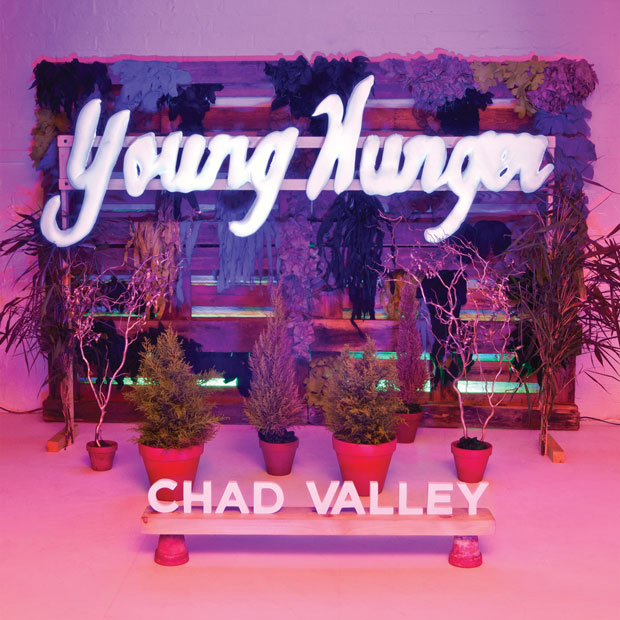 After a couple of solo EPs, Hugo Manuel decides to get serious on his debut album as Chad Valley. Equatorial Ultravox and the Chad Valley EP showcased a chillwave electronic sound. With Young Hunger, Manuel (who is also the singer and songwriter for Oxford band Jonquil) side-steps that aesthetic somewhat for more broader electronic pop strokes.

What really sets Young Hunger apart from its predecessors is the willingness to expand and include guest singers. Manuel has a fine falsetto croon of his own but when combined with the choice voices of others, the songs on the debut have a wider range. And the guests read like a who’s who in independent music right now: Totally Enormous Extinct Dinosaurs, Twin Shadow, Active Child, Glasser, Active Child, El Perro Del Mar and Fixers’ singer Jack Goldstein.

In general, the 11 songs here stick to synth-driven electronic songs with a pop sheen with nods to ’80s synths and Balearia. The guest vocals provide the range throughout. Anne Lise Frøkedal of Norway band Harrys Gym takes the lone spotlight the sweet tropical bounce of ‘Fathering/Mothering’, Glasser duets on the big mushy synth ballad ‘Fall 4 U’, one of my favourite tracks of the year. Goldstein adds a hook to Manuel’s autotune-effect vocals on ‘My Girl’ while Twin Shadow’s George Lewis Jr. slots in perfectly on ‘I Owe You This’ sounding not a million miles from the kind of production I hope his band embrace in the future.

The guests don’t all work to their expectations, TEED’s Orlando Higginbottom’s usual relatively laconic vocal doesn’t really suit ‘My Life is Complete’ as much as his own material and Pat Grossi of Active Child’s turn on the last track ‘Manimals’ is fine, just hard to get too excited about.

Manuel has some serious chops in the vocal department, his voice bellows and croons across the album whether as a lead vocal or backing one less covered by effects than before. He needs no help on the glittering title track, the ultra-catchy ‘Tell All Your Friends’ and the closest track to his older material ‘Up & Down’. Despite a couple of OK tracks towards the end, Young Hunger‘s opening three songs of ‘I Owe You This’, the ‘Tell All Your Friends’ ‘Fall 4 U’ are surely up there with the strongest run of hook-laden electronic pop songs of any album this year.

Young Hunger is out this week on Cascine in Ireland, next week elsewhere. Listen to the full album below.

Down the K-pop hole