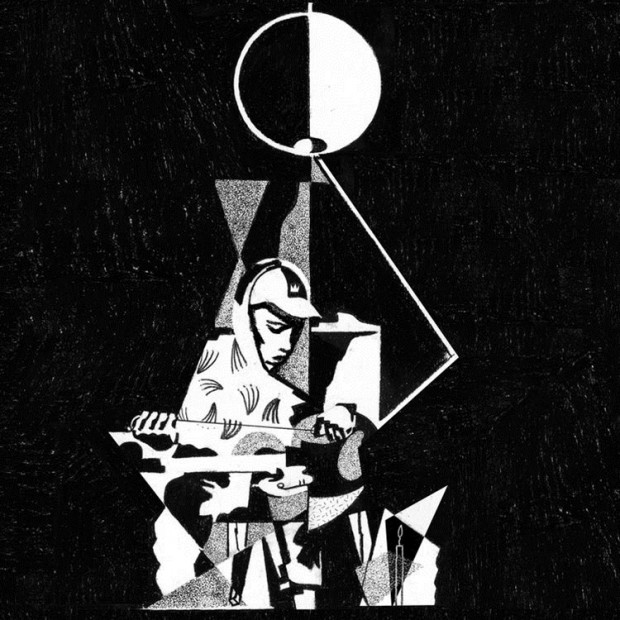 Released last Saturday on his 19th birthday, the release of Archy Marshall’s King Krule debut 6 Feet Beneath The Moon is a big milestone. From when he was Zoo Kid a few years ago to sporadic tracks as King Krule since, Marshall has shown a maturity beyond his teen years. When he was 16 he was showing off that gravel pit dirt voice in his beautifully meandering yet tender songs. The former Brit school student had a youthful swagger, a cockiness, a surety that he knew what he was doing.

So 6 Feet Beneath The Moon should be a significant milestone as well as a big one. For one so young to display a wise maturity, the expectation can be high.


Marshall’s abilities are not as easily defined as other Brit School alumni. The album is sprawling, too long and messy yes, but Marshall keeps it close to his throat, devouring the plentiful space that his minimal meandering jazzy guitar and piano arrangements attempt to occupy.

The music is generally esoteric, featuring a freeform jazzy structure. Guitars sometimes wander and drift around aimlessly and ring out on their own for too long which makes you feel like Marshall is making this stuff up as he goes along. When King Krule is more focused like opener ‘Easy Easy’, the vibrancy is palpable.

‘Has This Hit?’ features a loping guitar part that’s a highlight. The police-chase thrust of ‘A Lizard State’ with its cascading bassline, ’80s New York saxophone and attitude – “you’re just a bunch of fat bitches” leads to the album’s most memorable chorus (of which there aren’t many – Marshall prefers stream of consciousness-style lyrics).

Lo-fi Dilla-style beats are a positive addition to the bright guitar of ‘Border Line’, the jazzy meandering late-night vibe of ‘Neptune Estate. ‘Foreign 2’ is the closest King Krule comes to sounding like his collaborative efforts on Mount Kimbie’s Cold Spring Fault Less Youth.

Marshall spits, screams, sneers, gobs, phlegms, shouts and mangles his words. His heavily-accented voice has a low-range versatility that is full of cutting craggy expression. On ‘Has This Hit?’, Marshall is searing and seething, sounding like a true uncouth teenager with confident gait about to lob a stone at a stranger for the laugh.

Marshall is the boss but sometimes he relies too much on his gob. He’s a big talent and a fascinating character but over the 14 tracks, his vision feels sketched, not fully formed. The highlights don’t fill the album’s large cavernous space.

Yet it takes a singular talent to place the “I just want you to know” sample on ‘Will I Come’, to conjure up the layered scuttle of ‘Ceiling’, to allow the lyrics of ‘Cementality’ to lead or to write a spine-tinglingly riff as heard on ‘Out Getting Ribs’.

There’s a very talented musician here walking about in a shirt too big for his frame. Marshall still needs some time to grow into it. 6 Feet Beneath The Moon might won’t blow you away but it will get under your skin.