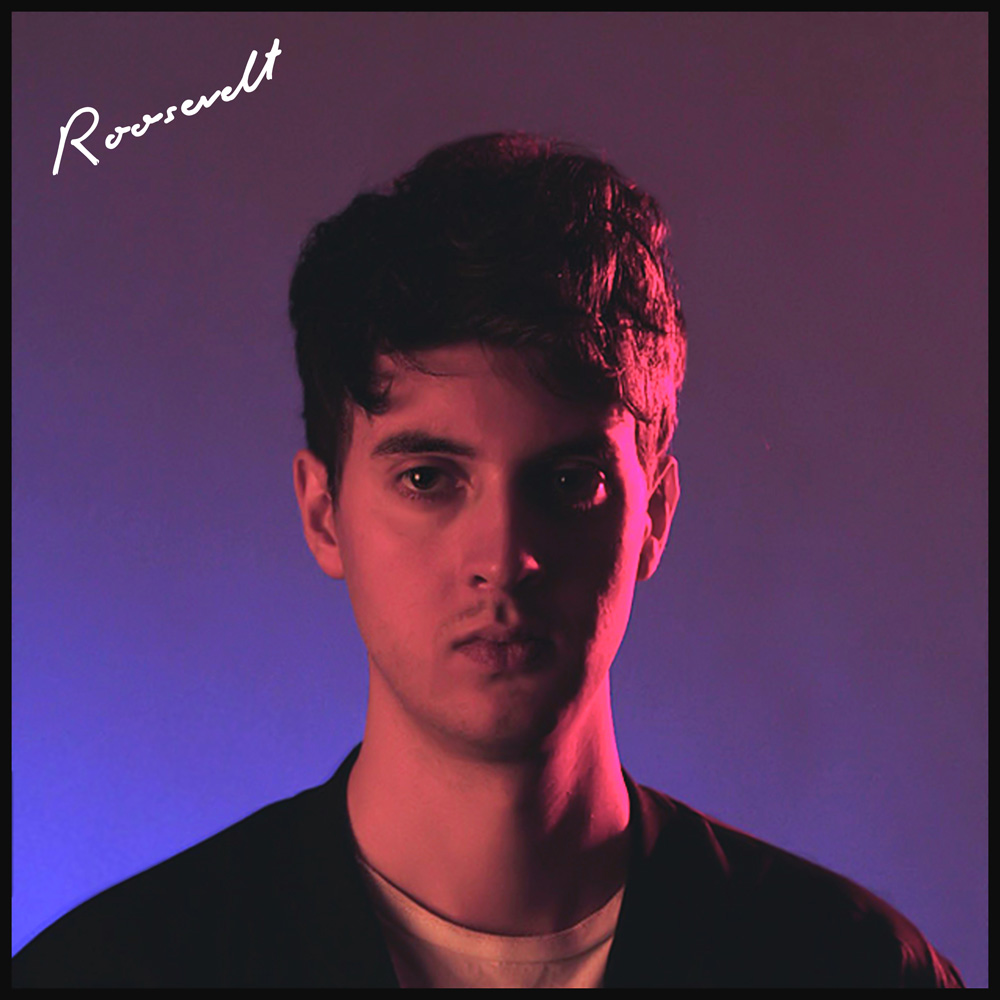 Summer weather can’t be relied on, one day it can be scorching, one day torrential. I’m a big believer in surrounding yourself with things to encourage your mood and music to soundtrack the season. Just because the weather isn’t playing ball doesn’t mean your tunes can’t lift you.

Which is where Marius Lauber’s escapist debut album as Roosevelt comes in by making good on his early singles for Greco-Roman, ‘Montreal’, ‘Elliot’ and ‘Night Moves.

The debut LP brings those touchstones to an enjoyable full-length that showcases an electronic disco pop sound with shimmering synths, digital bass, percussive funk-infused rhythms and a glassy gaze.

Touches of Balearia add to the summer vibes on ‘Moving On’ while ‘Wait Up’ luxuriates in synth indie pop. ‘Colours’ which was recently given a Prins Thomas dub remix, is melancholic in its lyrics (“when you left you took your colours with you to make the mess”) but uplifting in its palette – star guitar bursts, funk bassline and synthesizer haze.

The album feels like a summer holiday and its song titles ‘Sea’, ‘Daytona’ and Night Moves’ suggest a far flung place to look to. Roosevelt has an synth-pop heart but moves with a disco beat. It’s an escapist tonic whatever the weather.

Other albums and releases out this week of note?