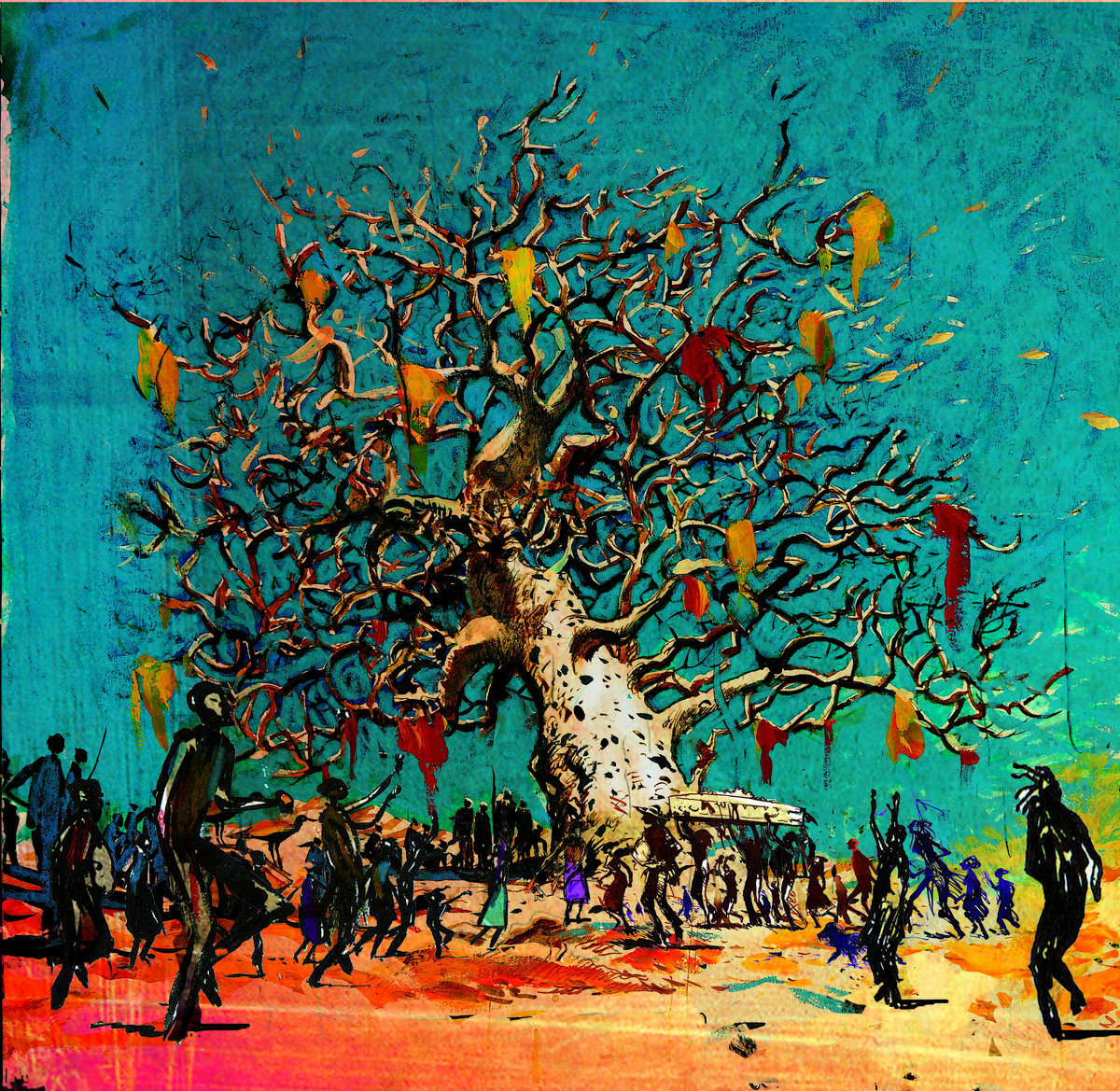 MynameisjOhn, MuRli and God Knows first appeared in 2014 with an album called Rusangano / Family , an LP title that laid out where the collective exist and where they’ve come from: Ireland, Zimbabwe and Togo; Clare and Limerick.

The title is the same word in two languages. It suggests two heritages, different cultures united by a connection, which the album explored thrillingly.

For album two Let The Dead Bury The Dead, the trio are still exploring the fertile ground between two cultural polarities. In a year of national identity, they explore what it means to be Irish in 2016, what it means to be an African immigrant in this land.

If music is a window into the soul, rap music is a stone thrown through one, such is the directness afforded by rapping as a storytelling and message conveyor. MuRli and God Knows exploit this: baring themselves in their music, exploring their very selves, for us and their own understanding.

‘Lights Out’ riffs on their influences (“Rusangano presents Non-national With an Attitude Volume One”) before exploring what they thought identity meant and in the process encapsulating everything that is wrong with most Irish rap – “Thought I had to be American, thought I had to be English, everything else but Irish.”

‘Heathrow’ may have been released last year but its impact does not diminish with familiarity. With a menacing drum-heavy production and an anti-immigrant Irish sample, God Knows and MuRli effectively convey the sense of displacement of a migrant, trying to better himself against the odds. “Just silence in the customs / just prayers in the bathrooms / Black cleaners in staff rooms / Now patience and passport when they ask you on entry / When they ask you on entry…”

God Knows reappears to affirm the obvious and yet makes a powerful parallel to Irish history, that gets me every time.

“It’s not all black and white, zebras and pandas / Shifra’s and Sika’s, asylum seekers / Sugar daddies in slippers, spooning Nubian grim reapers / This is where history finds us, our history binds us / No blacks, no dogs, no Irish.”

Familial expectations loom large over the album. ‘Blabber Mouth’ is a mournful back and forth between parent and child about the choice to pursue rap as a career – “My friend Ben’s son’s already tipped to become the Irish Obama / And all you do is making up lies on paper, calling it drama.”

Determination shines through. ‘Bon Voyage’ follows that thread “I told my Mama that I’m gonna be greatest / That’s why you see me moving had to search for greener pastures.”

Moving away from your home is a journey, no matter the distance, and you lose things on the way. Intended or not, things slip away. “I still wanna make you proud you just don’t know / you think you I lost my language and I lost my soul,” raps God Knows on ‘Losing My French’.

Yet, things are gained.

That idea is right there in the title. Let the Dead Bury the Dead. Move forward. “Seek life by letting what is dead bury itself,” as Rusangano’s press release puts it.

That’s what makes Rusangano Family so exciting and vital. They are questioning, uncovering, showing us perspectives and experiences unknown to ourselves and at the same time, by doing what they do so well, are proposing new ways forward. Let The Dead Bury The Dead because we’ve seen and heard a glimpse of our future.