Maria Somerville basks in the heat of ‘Brighter Days’

All Together Now have announced their first batch of artists to play at the festival in Curraghmore, Co. Waterford from 2nd to 4th of August 2019.

The festival have already announced The National and Fontaines D.C. and they have added:

All Together Now takes place from 2-4th of August 2019. Tickets are on sale now here.

Last year, the founder of the festival, John Reynolds of POD Concerts passed away unexpectedly and this year is the first edition of the festival since. There has been talk that POD has teamed up with Aiken in these bookings but yet to be confirmed officially.

All Together Now Tickets

General & Family tickets for All Together Now 2019 are on sale now priced at €199.50 available until December 31st. January 1st all tickets will increase to €208 due to VAT increase. Instalment options are available ay www.alltogethernow.ie/tickets
All Together Now is Strictly Over 21’s except Family Camping Tickets allow up to two children 12 or under can able attend free of charge with the accompanying parent. 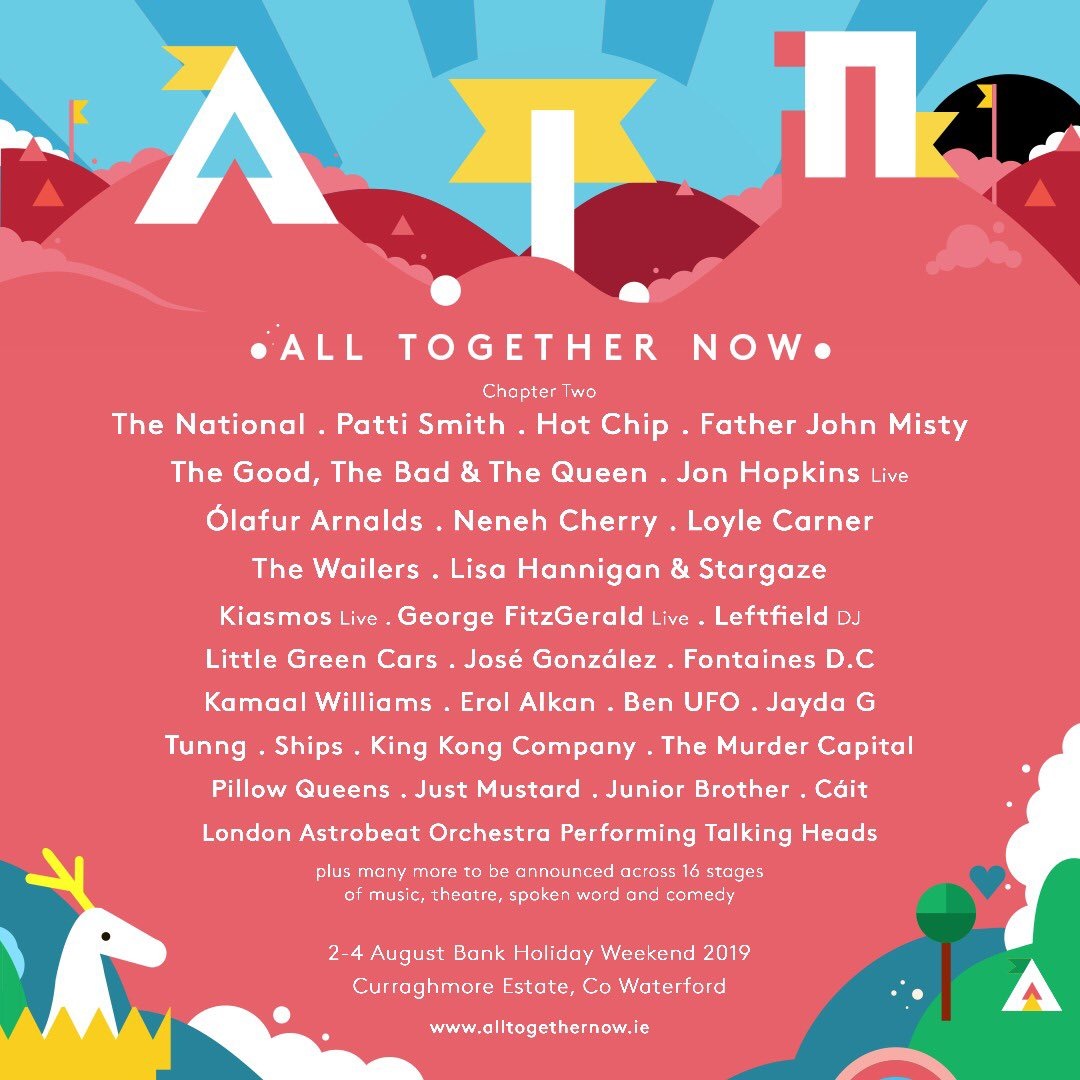