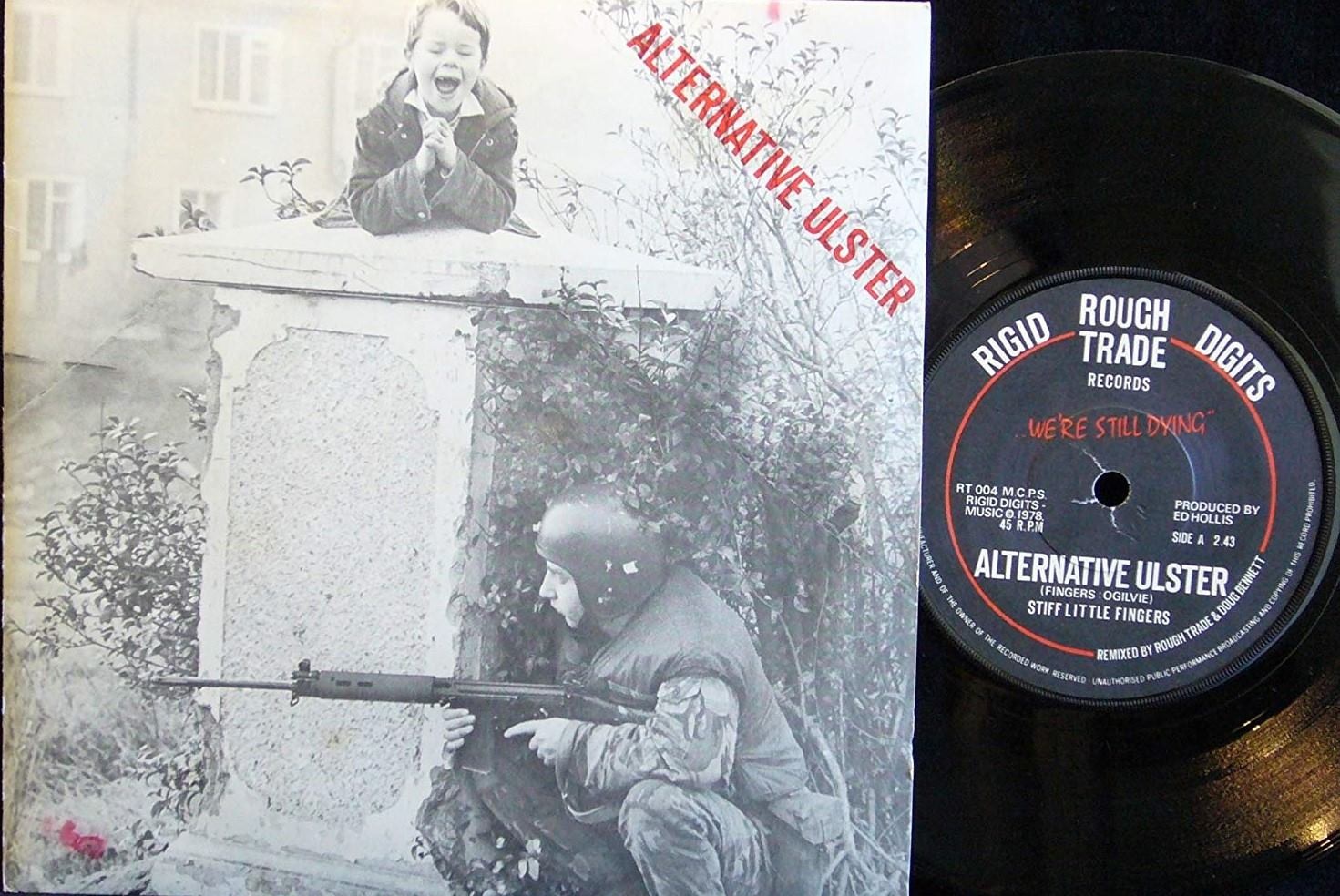 Alternative Ulsters is an event set for Liberty Hall in Dublin recalling “Punk Rock and Teenage kicks in troubled times” on May 10th, put on by the Hope Collective.

As part of Mayfest at Liberty Hall, the event looks at the legacy of Northern Ireland punk rock during the Troubles featuring the people who were involved in the music at the time and documentarians of the period.

“The Godfather of Belfast Punk” and subject of the Good Vibrations Terri Hooley, Henri Cluney (guitarist Stiff Little Fingers), Sheena Bleakney (part of the Warzone Collective which had a café, drop-in centre, practice space and venue in the 80s in Belfast), Sean O’Neill (founder of SPIT records and co-author of the book “It makes you want to spit!”), Geraldine Quigley (author of Music Love Drugs War a 2019 debut novel set in Derry in 1981), Peter Jones (guitarist with Paranoid Visions) and Roisin Dwyer (commissioning editor of Hot Press magazine).

Hooley will also play tunes and a DJ set on the night.

“In 1977 Punk Rock was shaking up the world of music while an angry & defiant youth culture was born. But while the Sex Pistols predicted “Anarchy in the U.K.” they did so from the comfort of Carnaby Street in London, while for some the chaos others only sang about was very real. In the North of Ireland there was a war raging, and daily life involved heavily armed troops on the streets, riots, bombings, shootings in a failed sectarian state.”

Co-organiser Joe Mooney says the event will ask, and hopefully answer the questions:

“How did Punk Rock adapt to this environment? Could these exciting new bands address the political and social realities, could they help bring about change or was singing about ‘average’ teenage life a political stance in itself?”

Facebook event page | Buy a ticket for a €5 on Eventbrite.