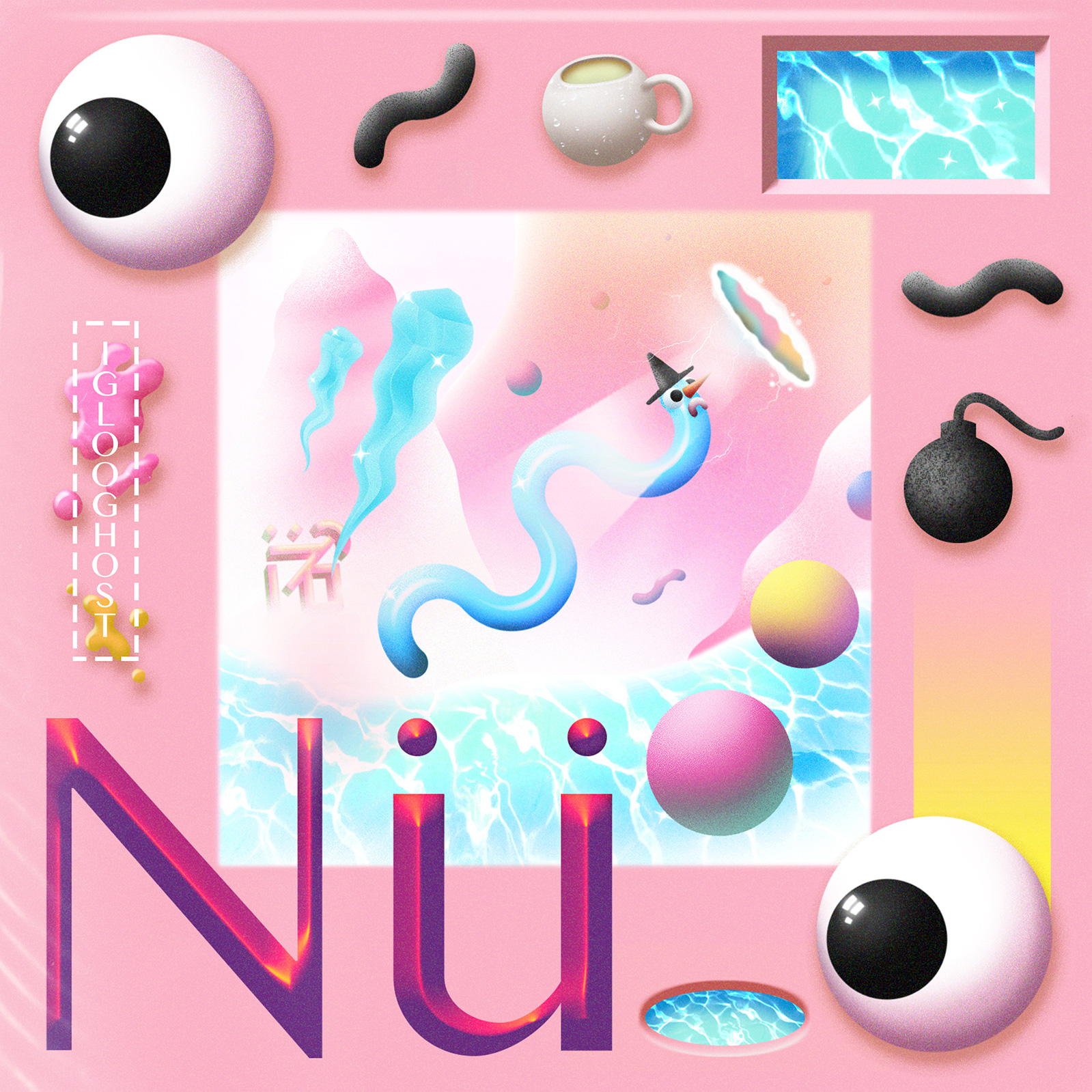 Iglooghost is an 18 year-old Irish-born UK-based producer and beatmaker who I’ve featured here before alongside Bolts and Monto. His work tends to fall between heavy-beatdown atmospherics, rap beats and squiggly electronica. He recently released a collab with Mr Yote that came with a balloon (Here’s Mary Anne Hobbs with hers).

For his next release, Iglooghost has a 4-track EP coming out on Flying Lotus’ label Brainfeeder called Chinese Nü Yr on October 30th.

“The EP is a story about a gelatinous worm-shaped creature who wears a witch hat called xiāngjiāo. He/she is really sad because his/her existence consists of infinitely being blasted through endless wormholes into different worlds that don’t make any sense – full of floating fruit and pink mist. He/she has a voice played by my little sister but sometimes my dad. He/she is perennially sad and terrified because it doesn’t make any sense why he/she was randomly born into this existence, but he/she is also shit scared because being shot at light speed through wormholes is probably f**king terrifying.”